Vacation time. A time when we all like to sit back and relax by the pool, soaking up some rays and enjoying a great book. In addition to relaxation, we all love to have a little adventure and explore, go sight seeing and maybe do a little thrill seeking. When we return from our holidays, we are all full of incredible stories to tell. No one comes home from vacation and when asked, “What did you do?” answers, “nothing really.” Sometimes, well I know when I go on holidays it happens to me, we return home with some pretty funny stories. Sometimes you did stupid things under the influence of alcohol, maybe you met some really entertaining people, or perhaps things went terribly wrong and now you can look back on it and laugh (this one is my holidays…). 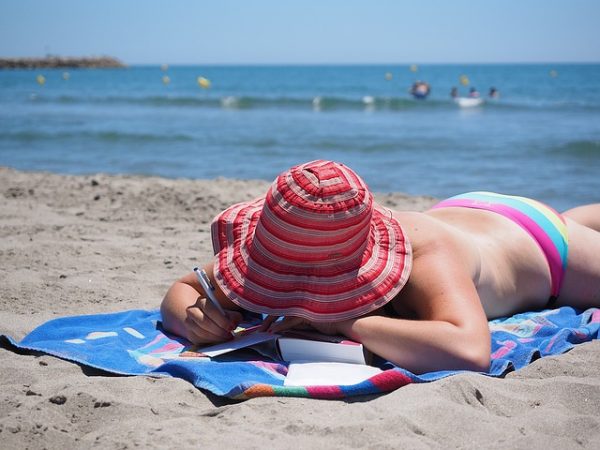 Whatever the adventures you have been on there are great stories to tell. Some of these stories have been written about by esteemed authors. Here are 10 great reads about vacationing that will make you laugh out loud while you are on holidays:

A seemingly polar opposite, yet deeply in love New York couple, All Summer Long follows them as they make the move from north to south to retire. However, one is excited about the move but the other is not impressed. The couple find themselves wondering about the next steps in their lives as they travel with their billionaire clients and friends, swept up in a rich world exploring the globe over one very hot summer.

Benton writes about how plans evolve and lives change in unexpected ways. It is about how even those who seem to have it all together still struggle and fall apart. All Summer Long focuses on a lifelong burning question: Can money buy happiness? 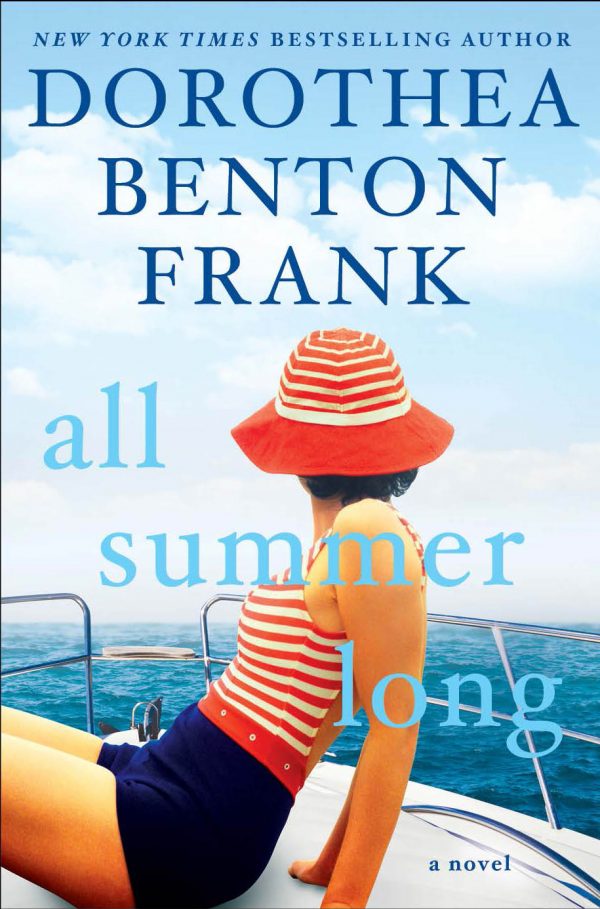 2. Here’s to Us by Elin Hilderbrand

Here’s to Us follows three romantic rivals who all have one thing in common: the love for the same man and their desire to avoid each other at all costs. But when their lover encounters a tragic death the three find out that his final wish was for his makeshift family to assemble in his most favorite place on Earth to say good-bye. The three find themselves trapped in a crowded cottage along with their children fathered by the man and his best friend.

Before the weekend is done, there are numerous accusations, lies, tears, and drama to make the dead turn in their grave. Will the three be able to put aside their differences long enough to honor the memory of the man they all once loved? 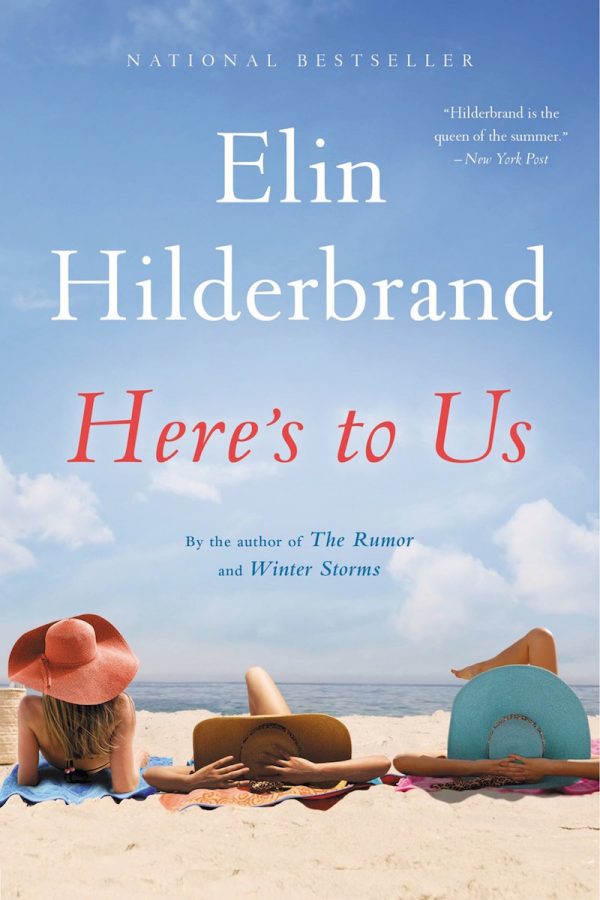 Gilbert takes readers into foreign lands to show readers what it’s like to make a life in an unfamiliar world in an unfamiliar tongue. The young mother bravely decides to uproot her family and move around the world to study language and culture with her toddler and husband. The story takes us through Beijing, Beirut, Cyprus, and Chiang Mai to explore recent breakthroughs in bilingual brain mapping and controversial linguistic debates. Mother Tongue shows just how much language influences culture and vice versa. 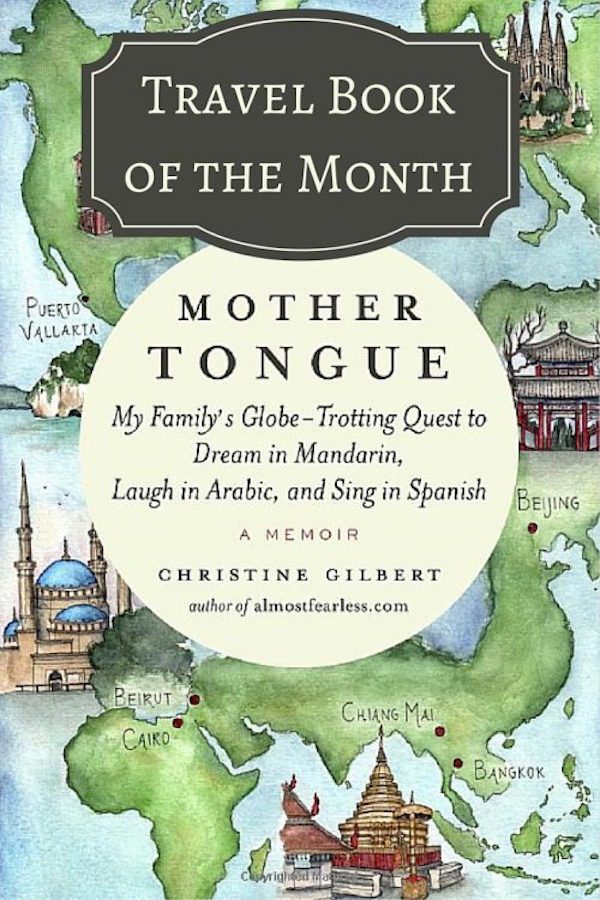 4. The Vacationers by Emma Straub

During a two-week stay on the Balearic island of Mallorca, The Vacationers follow an American family through their secrets, joys, and jealousy that arises while traveling. The family are on vacation to celebrate a 35th wedding anniversary and the daughter’s graduation from high school on a sunlit island surrounded by mountains, beaches, and tennis courts. Hoping to receive tension from lives in Manhattan, the family’s holiday unfortunately doesn’t go quite as planned. Old and new humiliations arise, childhood rivalries resurface, and ancient wounds are exacerbated.

With wry humor and incredible heart, Straub has given readers a satisfying story of family and change. 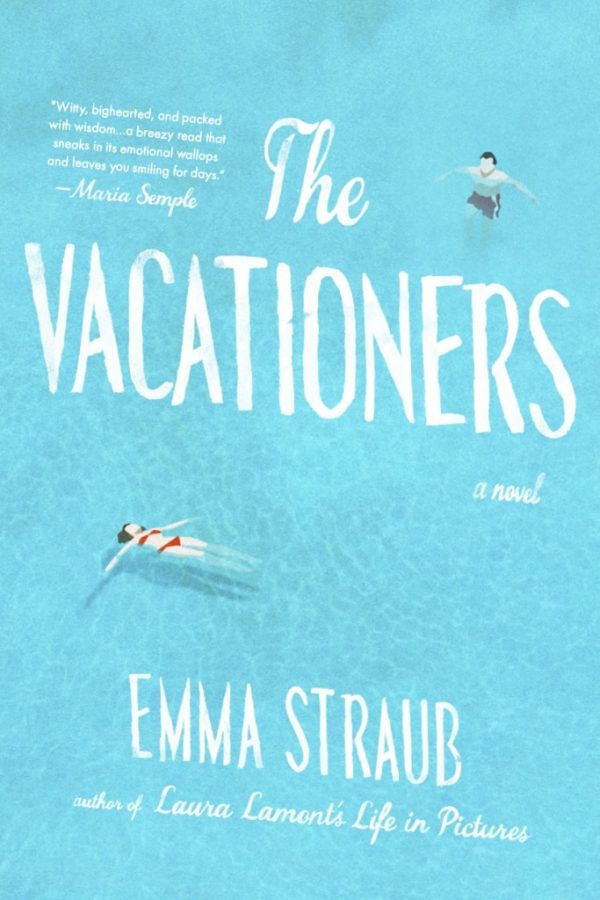 A summer filled with romance, mystery and adventure, Love & Gelato is about an Italian holiday that turns into a road trip across Tuscany. Given a journal that her mother had kept when she lived in Italy, Lina uncovers a magical world of secret romances, art, and hidden bakeries. She is inspired to follow in her adventurous mother’s footsteps. 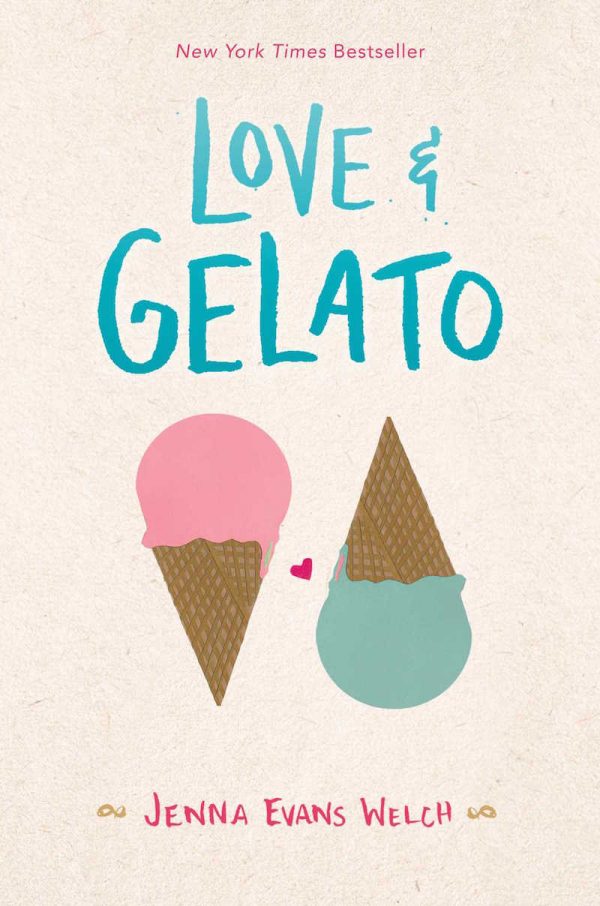 6. My Holiday in North Korea by Wendy E. Simmons

Most people want out of North Korea. In My Holiday, Simmons shares a world that has never been seen before. She soon learns that tourism in North Korea is only what the locals are willing to show you. Her initial amusement and bewilderment quickly turn into frustration and paranoia. My Holiday contains poignant and humorous essays along with never-before seen images of North Korea. 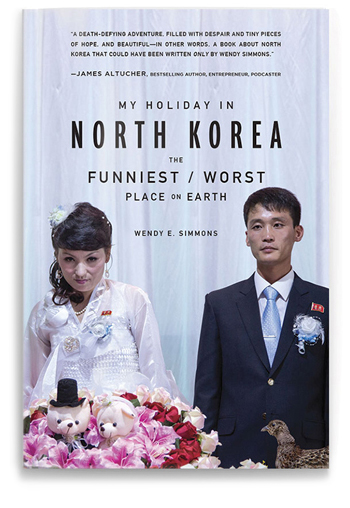 7. All Strangers Are Kin by Zora O’Neill

If you have ever studied a foreign language, you would understand how difficult it can be, but how rewarding it is when you manage to successfully communicate with someone in their language. Arabic is a language known to take seven years to learn, but a lifetime to master. Following O’Neill through a tour of the Middle East, readers laugh at her adventures in Egypt, delight in stories of the United Arab Emirates, and marvel at her experiences in Lebanon and Morocco.

Exploring the links between culture and communication, All Strangers Are Kin reminds readers of how learning another language leaves you rich with so much more than words. 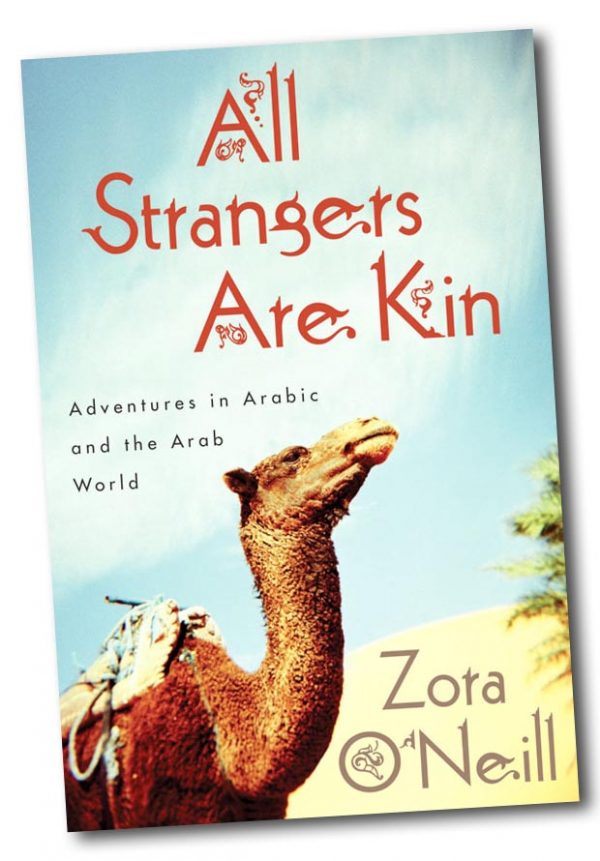 8. Under the Stars by Dan White

White travels America to experience the American wilderness and how it has been transformed from a dangerous and unpredictable land to a place of adventure, relaxation, and renewal.

Whether camping naked in lands full of cougars, being attacked by wildlife while “glamping,” or inviting himself to a girls-only adventure, White seeks to animate the evolution of outdoor recreation in Under the Stars. Filled with research, enthusiasm, and geography, White reveals a large population of nature goers and a nation still filled with love and admiration for its wilderness. 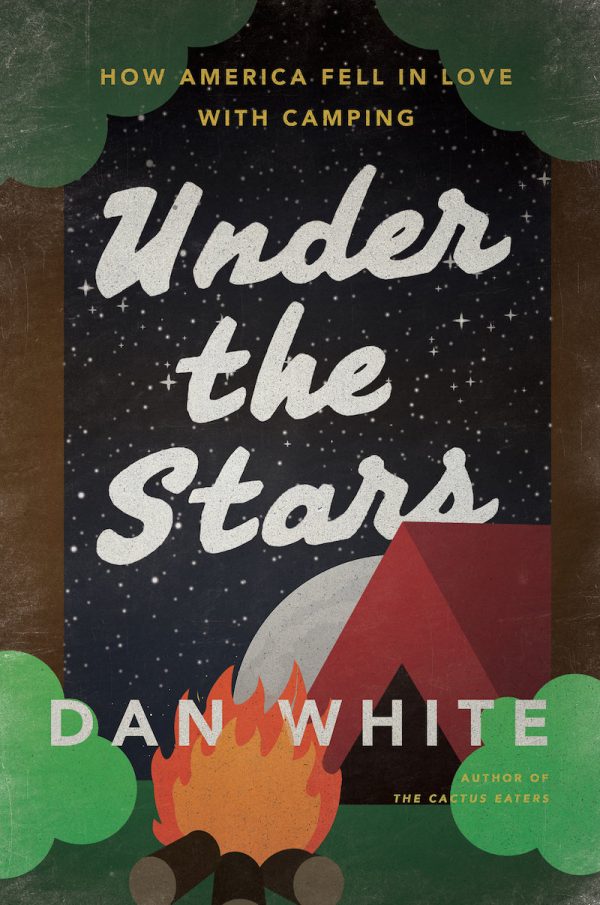 9. The Sex Lives of Cannibals by J. Maarten Troost

A humorous true story of a two-year odyssey in the South Pacific island nation of Kiribati, which is possibly the worst place on Earth.

Having spent his whole life working and studying, Maarten Troost decided to pack up his things and move to Tarawa in the South Pacific. His life lacked direction and life, and the idea of making such a move was simply irresistible. Little did he know that the island paradise he had hoped for was nothing of the sort. Getting himself into one misfortune after another, battling all sorts of things that were trying to kill him, like toxic fish and deadly bacteria. He was faced battling incompetent government officials, erratic electricity, large critters, and terrible food options. Troost has delivered a rib-tickling funny travel novel that will leave you thankful for the luxuries of Western civilization such as coffee and hot showers. 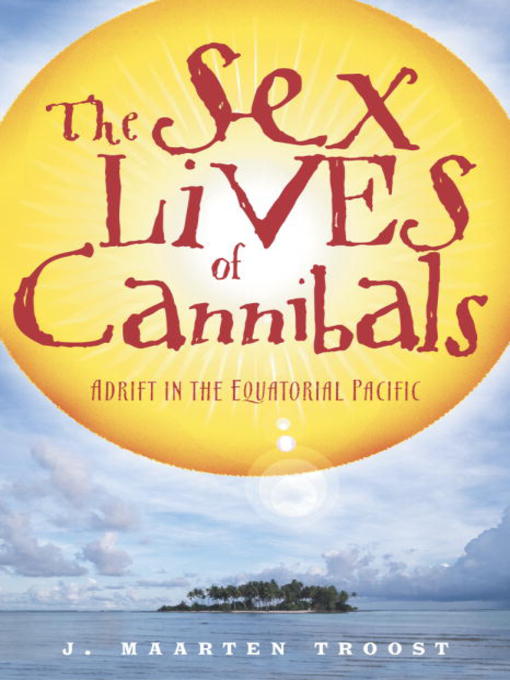 10. In a Sunburned Country by Bill Bryson

A renowned author of travel stories, Bill Bryson is at it again with In A Sunburned Country. Australia, a placed filled with friendly locals, awful hot and dry weather, and the most peculiar and lethal wildlife around every corner. This book is a funny, fact-filled adventure. Despite being a place filled with nasty things that can kill you in a matter of seconds, Bryson adores the country. He takes readers far beyond the tourist path with sunshine filled pages of this incredible guide/story of Australia. 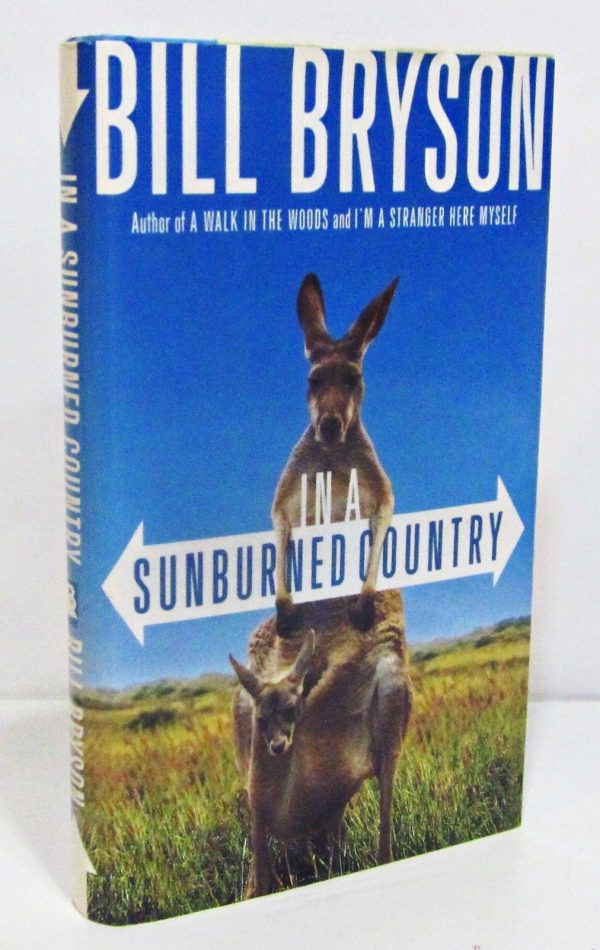 So, next time you are after a great vacation read, why not choose one of these?