The world’s oldest library, the Khizanat al-Qarawiyyin in Morocco, is having a makeover and will soon be open to the public. Definitely one for your bucket list if you are a book nerd who travels.

The Khizanat al-Qarawiyyin is in the city of Fez in north-eastern Morocco. Until 1925, Fez was the country’s capital. The French, who’d made Morocco a Protectorate, moved the capital to Rabat. While that move took the focus away from Fez, it also preserved many of the things that now lure travellers, including its world-heritage-listed covered market, the Medina.  This ‘city inside a city’ has a large pedestrian network. No cars? It sounds like Venice on dry land – heaven for the traveller who likes to wander. And the library is inside the Medina. 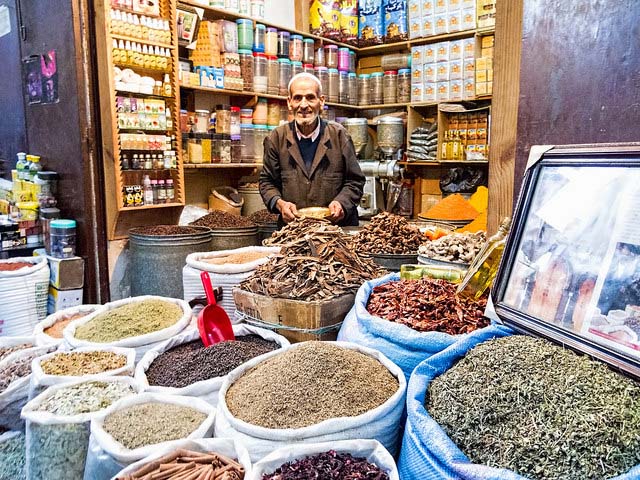 In 859, Fatima al-Fihri, the daughter of a Tunisian merchant, founded the Khizanat al-Qarawiyyin, and an adjoining mosque and university; for centuries, Fez attracted scholars and was an important centre of learning. One of the oldest works in the library’s collection is a Qur’an, written in ornate Kufic script, which dates back to the 9th century.

As the library was founded by a woman, it seems fitting that the restoration work is being led by a woman, architect Aziza Chaouni. Together with her team, Chaouni has come up with new, and sustainable, ways to ensure the integrity of the precious manuscripts. A sewerage and underground canal system has been designed to carry away parchment-destroying moisture.

A Face-lift for Fez

The library is not the only part of Fez to receive a face-lift. The city’s cultural life has been invigorated in recent times by festivals of art and music which have taken place inside the Medina.

Chaouni is also leading the push to rehabilitate the Fez River. In years gone by the river was partially covered with concrete because of the stench of sewerage and run-off from a nearby tannery. Refuse was dumped on what was left of its banks. Now the river, like the library, is going through a renaissance.

Even older than the library

While visiting the library, you could take a side-trip east to the ancient Roman city of Volubis. Dating back to the 3rd century BC, the ruins of Volubis are even older than the library and the Medina.

It is hoped that the library of Khizanat al-Qarawiyyin will reopen by the end of 2016. Morocco’s monarch, King Mohammad VI, will preside over the big event. And the very first exhibition will showcase the most prized collections in the library, including the 9th century Qur’an.