What happens when you wake up in a hospital bed, and six months of your life is missing from your memory? That’s what Eileen Cook’s protagonist, Jill asks herself at the start of With Malice. As far as Jill knows, she hasn’t yet gone on her school’s trip to Italy. The one she’s really been looking forward to. Then, she finds out that she already went, and something that happened there is the reason why she’s got stitches on her face, and a cast on her leg.

It doesn’t take long to come to light that Jill was in a car accident while in Italy, one that killed her best friend. Due to her father’s quick thinking, she’s back in the States, getting quality medical attention that also comes with a lawyer and a press team, because, maybe the accident wasn’t an accident after all.

I love that Cook gives us a main character that’s so unreliable, not only to herself, but to the readers as well. Jill’s memory loss plays a huge role in keeping the mysteries of what happened in Italy a secret. And even though we doubt Jill as much as she doubts herself, we’re still able to feel for her. Cook makes sure that we don’t know if Jill is a villain or a victim, without forcing us to make crack judgements along the way. She forces Jill into a “fish out of water” experience, as we the readers, and the characters of With Malice, try to get answers out of Jill that she doesn’t remember. 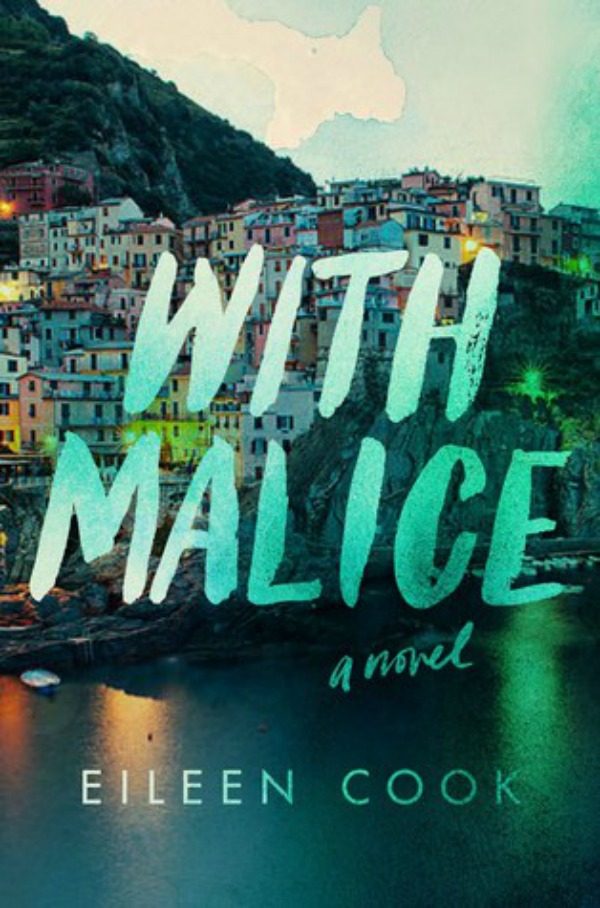 The cast is minimal at best, but Cook makes sure to give Jill a new friend in her hospital roommate, Anna. Instead of Anna being a filler character, Cook uses her to move the story along in the ‘here and now’ parts of the novel which is a nice touch, as many of the other characters only play bit roles in the story.

If you’re looking for a suspenseful ‘what really happened here’ story, With Malice should be your next read. As it twists and turns you’ll find yourself questioning where the story is going, and if Jill really did cause the accident that took her best friends life, or if she’s innocent. A nail-biter!

If you’re a fan of suspenseful thrillers, give these a try as well: