Gothic-Horror, a particular sub-genre of Gothic fiction, offers readers a potent literary elixir: a blend of horror and death, mystery and fear, oftentimes magic and mayhem, and of course romance.

Penny dreadfuls, cheap popular serial literature of the 19th Century that could be bought for a penny each week, rehashed mainstream Gothic fiction. Without the originals, and without the increase in literacy afforded by Victorian reforms in education, these sensationalist plagiarist texts couldn’t have thrived. So, it is that Showtime (in partnership with Sky) created Penny Dreadful, an indulgent treat of a Gothic-Horror show.

For three seasons we were hooked, quite often by its fresh presentation of characters popularized in Gothic fiction. Season 1 introduced us to psychic Vanessa Ives (an awe-inspiring Eva Green) and Sir Malcolm Murray (Timothy Dalton) as they tried to rescue his daughter, Mina, from vampires. Victor Frankenstein (Harry Treadaway) brooded over his abdominal Creature (Rory Kinnear) and Dorian Gray (Reeve Carney) lusted after Miss Ives (and many others) as his portrait degenerated. The season finale left us certain a darker evil was brewing.

And indeed, Season 2 threw its audience the witchcraft of the nightcomers and the Verbis Diablo that threatened Vanessa, while Ethan Chandler’s (Josh Hartnett) previous-season reveal as a werewolf and Brona Croft’s (Billy Piper) death and reanimation as Lily (initially for The Creature) tantalized in so many ways. Dorian’s attentions turned to Angelique (Jonny Beauchamp) and Sir Malcolm himself was targeted by Evelyn Poole (Helen McRory). As addicted as Victorian readers were originally to their lurid serials, we lusted for more. Season 3 answered our call.

Alas, that was to be the conclusion of Penny Dreadful, but here instead are 10 Gothic-Horror books that might satisfy withdrawals. Most of these suggestions will be obvious to fans of the show, but perhaps others will be a welcome, terrifying surprise.

Really, this needs no introduction. Published in 1897, Dracula is a masterpiece of the genre, presented in journal fragments. Considered by some to be “the ultimate terror myth,” Stoker probed into questions of identity, sexual power versus sexual desire, and, of course, sanity (the mission to destroy the aristocratic vampire launched from within a lunatic asylum). Forget what you recall of the film versions. 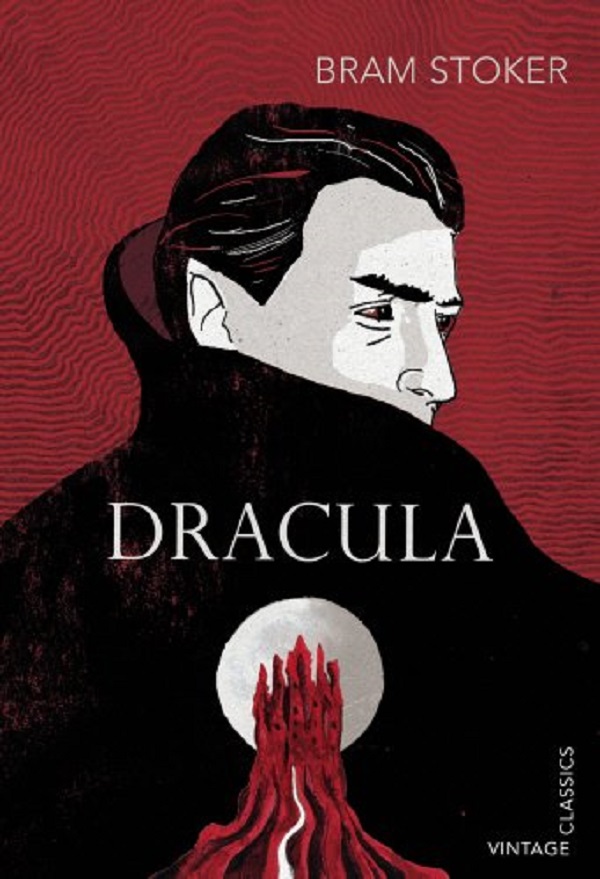 2. The Castle of Otranto by Horace Walpole

Considered “the first Gothic novel,” Walpole’s 1764 supernatural story claimed to be a translation of an Italian tale “from the darkest Middle Ages.” Truly terrifying for early readers, if you like your Gothic fiction riddled with apparitions and secret passageways, this is the one for you. Furthermore, without Otranto Gothic-Horror simply wouldn’t exist. 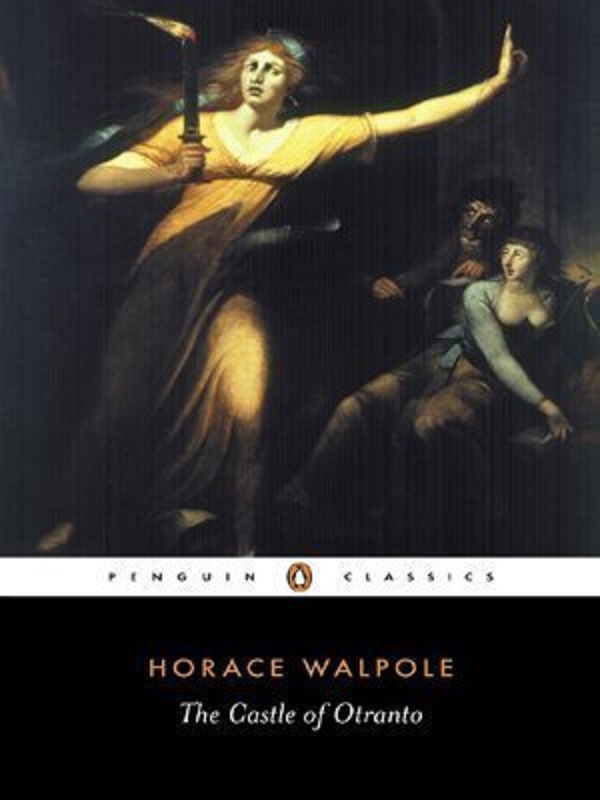 The terror of scientific progress sans moral limit; the question of where human creativity should end. As shocking a tale as the fact Mary Shelley wrote this when she was only eighteen (having eloped to Italy with Percy Bysshe Shelley), the text itself had multiple revisions from 1818 to the generally accepted 1831 version. With truly horrendous content for the age, this is a classic that can’t be ignored on any Gothic-Horror TBR list. 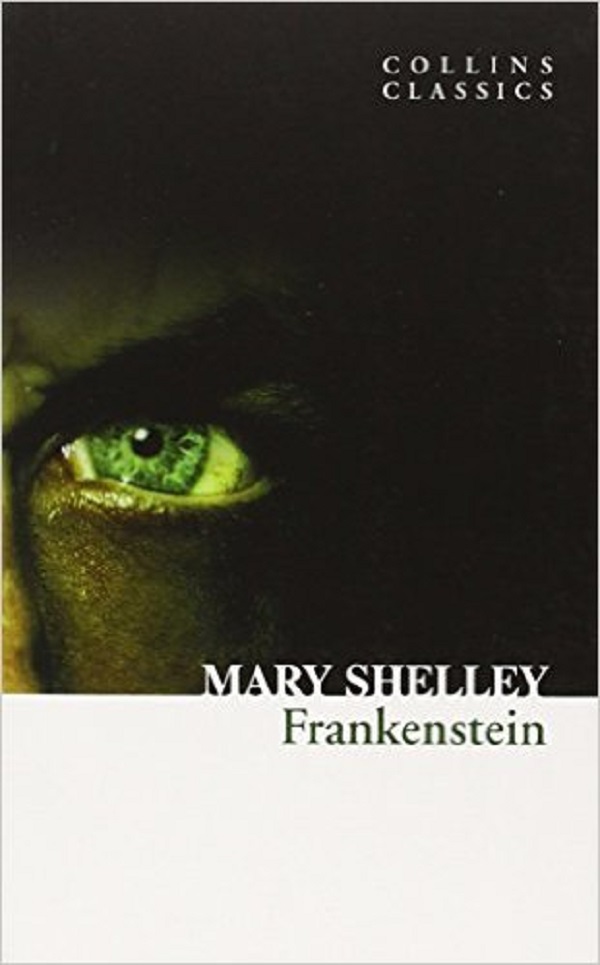 4. The Fall of the House of Usher by Edgar Allan Poe

Ah, Poe. The master of the darkest possibilities of the short story form. This, in lieu of the infamous Raven, is a slow-burning page-turner, concerning a family haunted by tragedy and the legacy of the past. Poe’s ability to tap into the eeriest corners of the human mind might have been made possible by his own mental battles, but few write them darker than him. 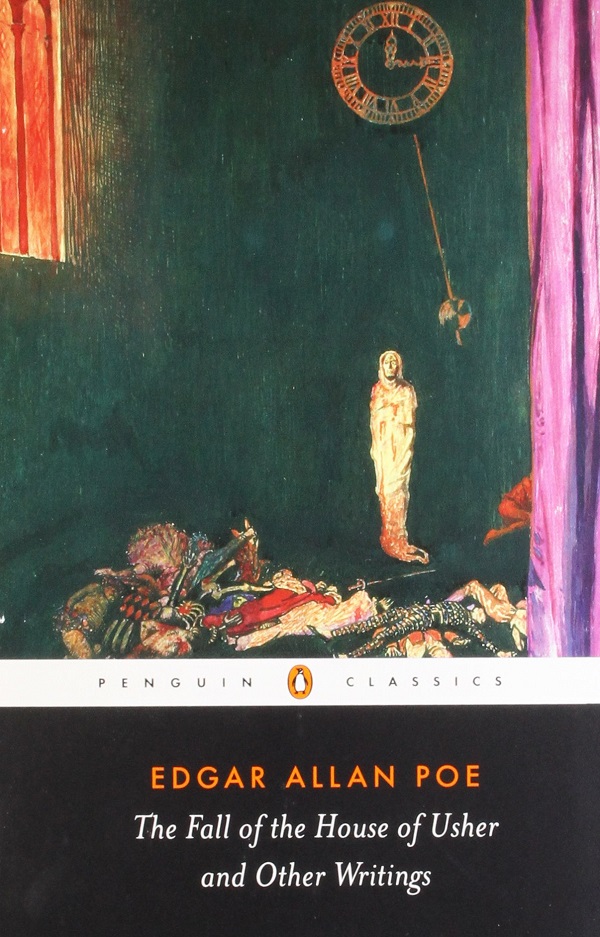 5. The Picture of Dorian Gray by Oscar Wilde

One of my favorites, Wilde’s brilliant Gothic-Horror of an exploration of the nature of art and beauty, of truth and fiction, appearance and reality, and the human conscience really is a masterpiece (with an ending that lingers in the mind long beyond the closing of the book). 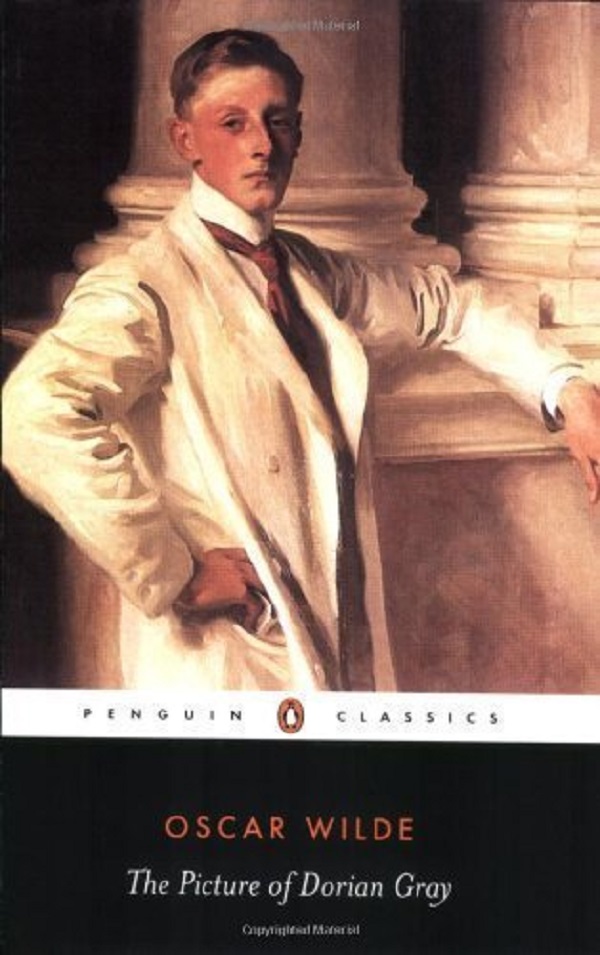 6. The Turn of the Screw by Henry James

A grand country estate, two orphaned children, a governess, and a ghostly face at the window: classic ingredients for the genre, and yet James’ novel has haunted readers for over a century. A supreme ghost story and analysis of Victorian culture, with its sexual and social unease, this will give you chills. 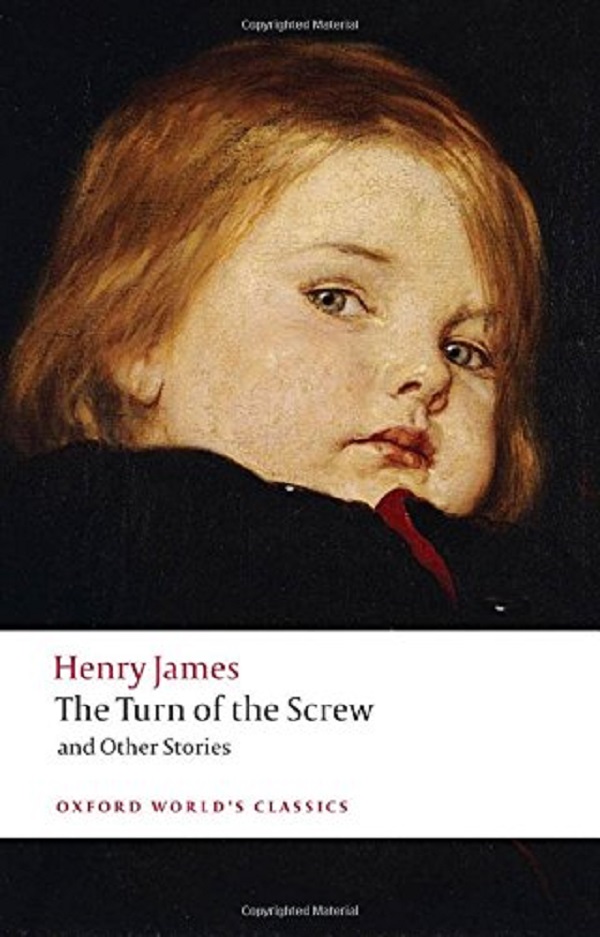 7. The Strange Case of Dr. Jekyll and Mr. Hyde by Robert Louis Stevenson

Published in 1886, this is a Gothic exploration of the duality of man’s nature. Some biographers are certain the author rewrote this split-personality study while on drugs. However it came to be in its final form, this story is so much a part of our culture that we refer with linguistic ease to people of Jekyll and Hyde character. Frightening indeed. 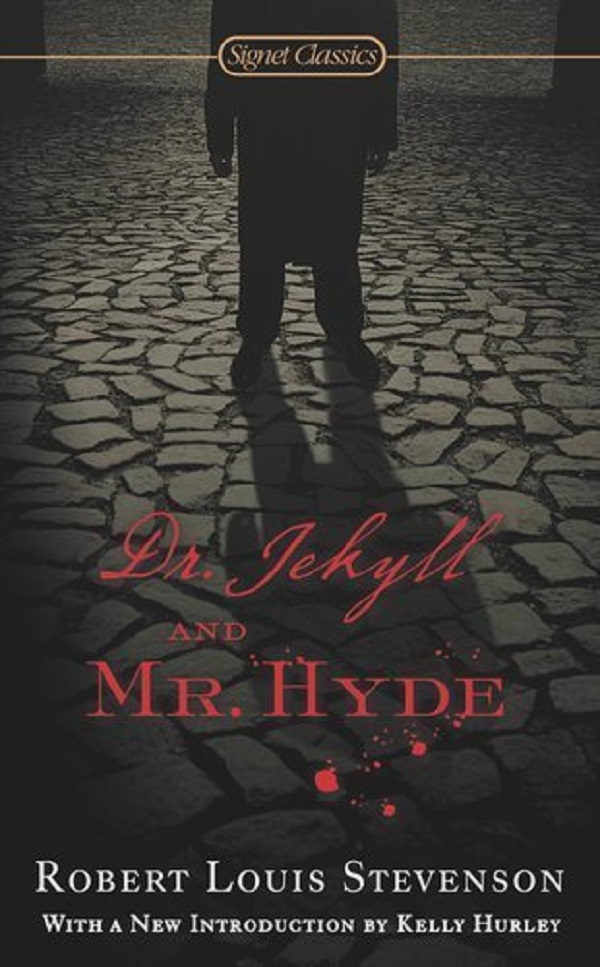 8. The Woman in Black by Susan Hill

Dubbed the “Classic English Ghost Story.” forget the Daniel Radcliffe movie and sink your teeth into the original 1980’s book. Eel Marsh House, shrouded in “fog and mystery,” brings junior solicitor Arthur Kipps in sight of “The Woman in Black,” a spectre signalling the imminent death of a child. Spine-tingling. 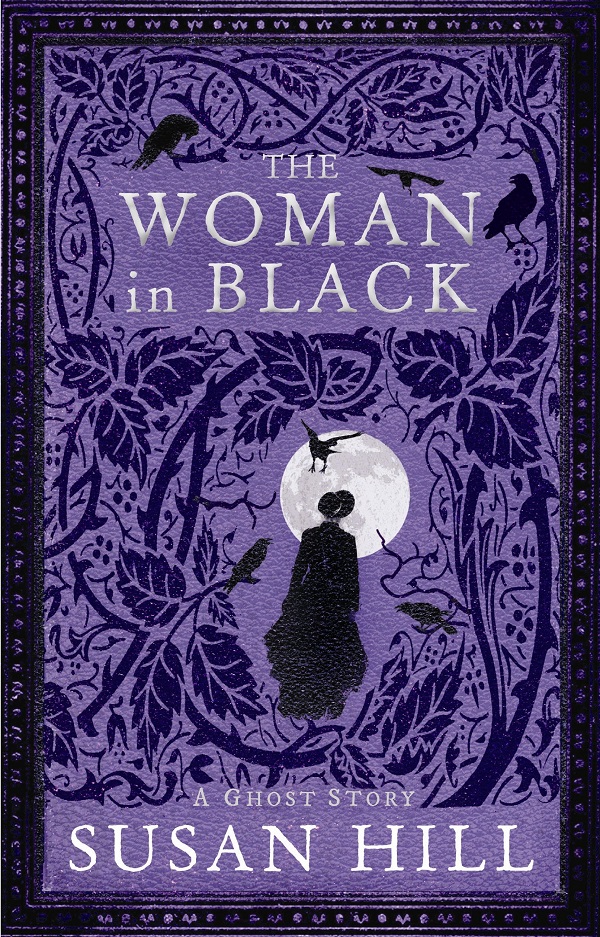 Otherwise titled The Transformation, this 1798 novel is one of the earliest works in American literature based on the true story of a farmer who murdered his entire family. Spontaneous combustion and religious fanaticism add sensationalism to a work already replete with Gothic devices and further prove this novel is not one to miss. 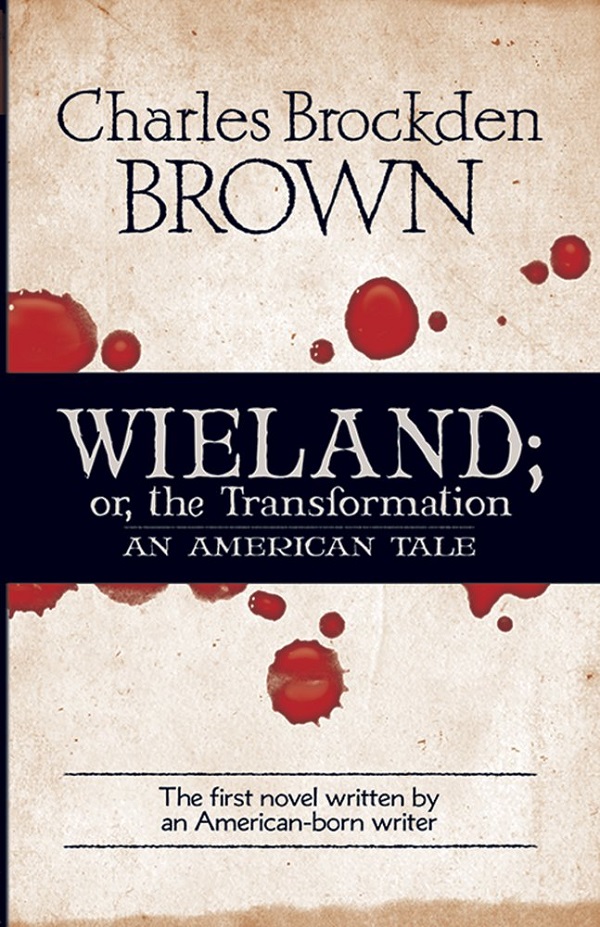 10. The Witching Hour by Anne Rice

Staying with American Gothic-Horror, no such list would be complete without the Grand Dame that is Anne Rice. Rather than the obvious suggestion of her Vampire Chronicles, however, the New Orleans set Witching Hour (the first in the Lives of Mayfair Witches series) offers readers “poetry and incest” and “murder and philosophy.” Covering four centuries of a dynasty deeply involved in the occult, no fan of Penny Dreadful should pass this up. 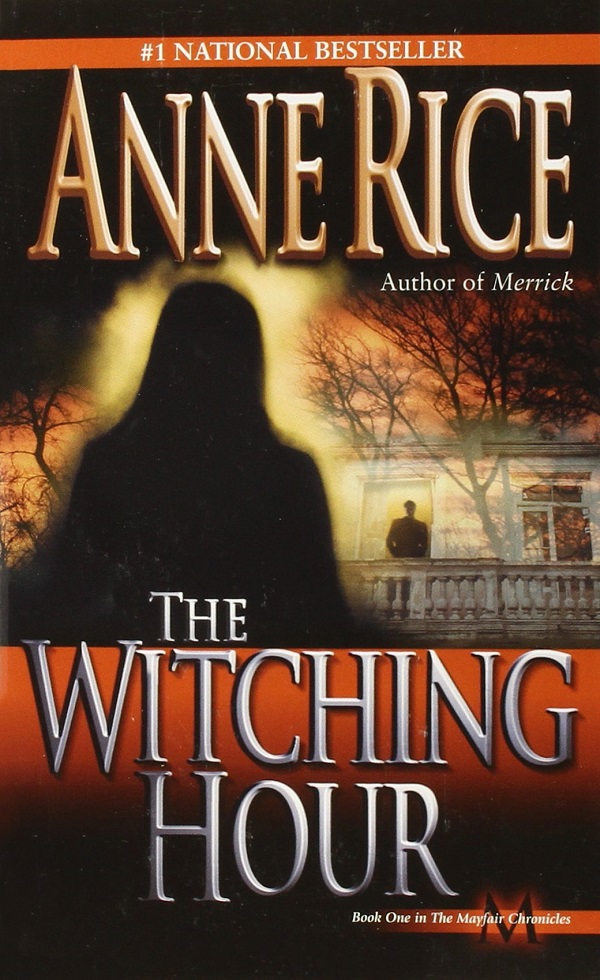 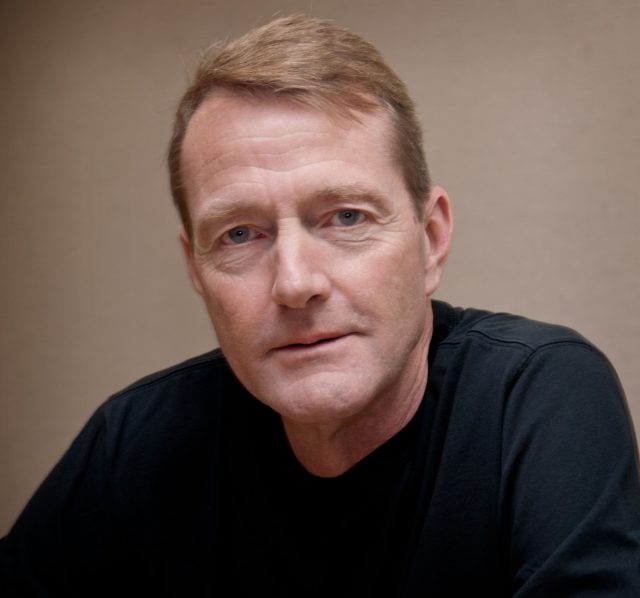