When you think of a love story, you typically think of a boy and a girl (or man and woman) falling in love, getting married, living happily ever after. So many of our real life love stories don’t match this outline.

Bestselling authors John Green and David Levithan brought us Will Grayson, Will Grayson, the story of two high school boys (both named Will Grayson) that turned out to be one of my favorite love stories, though not in the way you would expect.

The main thing about this love story is that it is a story of friendship. It is about a love that is not romantic, but is just as (if not more so) powerful and meaningful as romantic love. The novel begins with Will telling the reader,

“…you cannot possibly pick your friends, or else I never would have ended up with Tiny Cooper.”

At first he tries to convince the reader why he wouldn’t want to be friends with Tiny.

Time and time again, however, Will has stood up for Tiny when others have tried to put him down for being gay or very large. He makes mistakes and is clearly not a perfect friend, but a pretty spectacular one nonetheless. Even when it seems that their relationship cannot be mended, they both decide to put in the effort and Will confesses that he loves Tiny (though not in a romantic way).

This message is so powerful because we all have a best friend we would do anything in the world for. Too often, novels show a love interest as being more important than the main character’s friend, but that is completely unrealistic.

“When you date someone, you have the markers along the way….  And you check up with each other along the way….  But with friendship, there’s nothing like that…Being friends, that’s just something you are.”

I wouldn’t trade my best friends for the world, and I’ve known them much longer than I’ve known my husband!  Friendship is the greatest form of love, perhaps because we don’t get to choose.  It’s just something we are. 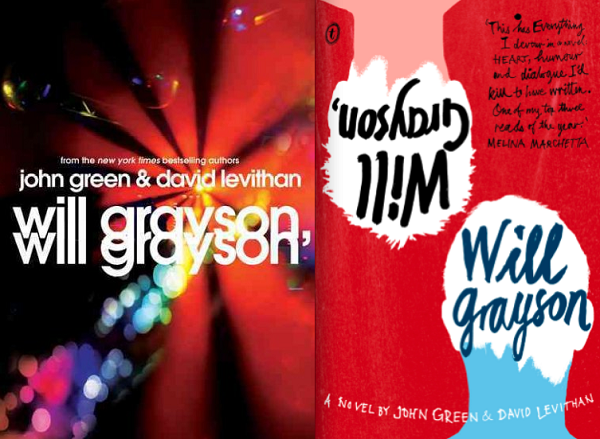 Always make sure your friends know how much you love them!