Harry Potter is one of the biggest and most love book/movie series of our time. Since the first book, Harry Potter and The Philosopher’s Stone, was released in the late 1990’s, the youth, and now adults, of that era have generated a massive fan base around the magical fantasy stories.

As the result of any cult gathering around a particular book series, fans have devised many of their own theories about aspects of the books that aren’t well documented, or are considered behind-the-scenes knowledge. Here are seven of the most outrageous Harry Potter fan theories, originally announced on Dorkly.com, that are so good that they could easily be true:

7. Hufflepuff is the Stoner’s House

This theory is one that definitely makes sense to me when you put all the pieces together. The house is known for being the odd one out, the house that no one really wants to be a part of, but why when they are the most good-natured and friendly of all of the houses? Why are they so mellow? Because they are high all the time. Take Edward Diggory, for example, the guy always looks like he’s on cloud nine.

If that isn’t enough to pursued you, maybe you are just thinking that is the house of really nice, down-to-earth people, add these to the equation: The Hufflepuff house is located right next to the kitchen, the head of the house teaches herbology and the biggest giveaway is right in the house name: Huff-le-puff!

6. The Deathly Hallows directly correlates with the stories of Voldemort, Harry Potter and Severus Snape

Upon reading this theory I was awe-struck. I thought to myself, really? prove it, and they did. The basic story of the Deathly Hallows is that Death tries to trick three brothers by offering them gifts. The first brother wants a super weapon and is granted the Elder Wand, but quickly makes enemies and dies due to the power he beheld. The second brother requests a method for bringing the dead back to life so that he can again be with his late wife, so Death grants him a Resurrection Stone, but when his wife withers away he commits suicide. The last brother asks for a means to hide from death and so is granted a Cloak of Invisibility to escape his fate until he is an elderly man and greets Death like an old friend when his time comes.

So how does this story correlate with Voldemort, Harry and Severus? Voldemort originally died of power after trying to rule the world by means of magic, ie. his wand. Snape died for a lost love, Lilly Potter, and Harry faced his fate in the Wizard Matrix Afterlife and greeted death like an old friend.

The craziest part of this theory is that Dumbledore is a sole representation of all three brothers. He craved power in his teen years, he lost his beloved sister and then he greeted death like an old friend in his “preplanned murder” performed by Severus Snape.
This theory actually makes quite a bit of sense to me. I do see the correlation between the Harry Potter characters and the Deathly Hallows brothers. However, I think adding Dumbledore to the equation stretches this theory a little too far. 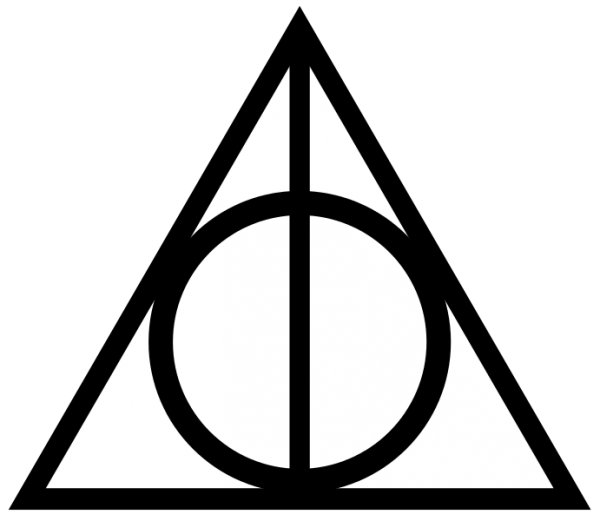 5. Muggles have already been at war with the wizards, and won!

The question has arisen in the Harry Potter fan world as to why the magical folk cower and hide from muggles. Surely one would see the wizards as superior over the muggle world, so why are they so afraid? The theory goes that maybe this wasn’t always the case. Perhaps, one day in history, the wizards were free among the muggle world but it didn’t end well.

The Ministry of Magic is incredibly uptight about the use of magic in the muggle world. You can’t do as much as use a bit of magic to help clean up after a wild night in the privacy of your own home without the Ministry jumping down your throat. Perhaps this is actually a muggle invention? A law generated by the muggle world to control the wizards among their people. This suggests that there may have previously been a bit of a squabble between the two races, but the sheer numbers and gunpowder against the minority who make up the wizarding world would have been too much to handle.

Unfortunately, I am unable to see any evidence, event slight, of this theory being true in the Harry Potter stories. The theory, however could definitely make sense, I just need that proof before I go spreading this one around. 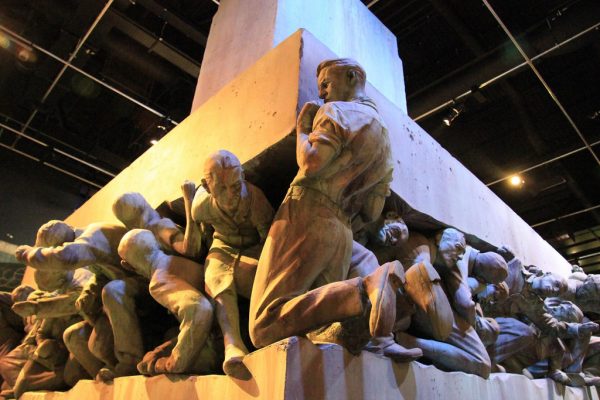 4. Draco Malfoy is a werewolf

At the start of the series, Draco appears to be a bit of a Nazi of the wizarding world, but as the stories progress, he start to suffer inner-conflict and the evil appears to start eating away at him. This is all true, but where does him being a werewolf come in to play?

The theory goes that Voldemort’s very good friend, Fenrir Greyback is a werewolf, the exact werewolf that bit Remus Lupin, who we know for a fact is a werewolf. Greenback is apparently renowned for preying upon youth and infecting them with the condition so they grow up to resent humanity. Voldemort apparently enlisted Greenback to bite the children of past Death Eaters who have failed him in some way. We do know that at some point Draco’s father, Lucious Malfoy, had failed Voldemort in the past and the theory goes, that Draco was turned into a werewolf as punishment.

After reading this, the theory begins to make sense. We know that Remus Lupin relies on Snape during his service at Hogwarts for Wolfsbane potions to keep the monster in him at bay. Draco and Snape have this continuous relationship throughout the series. Perhaps this began due to the same reliance? 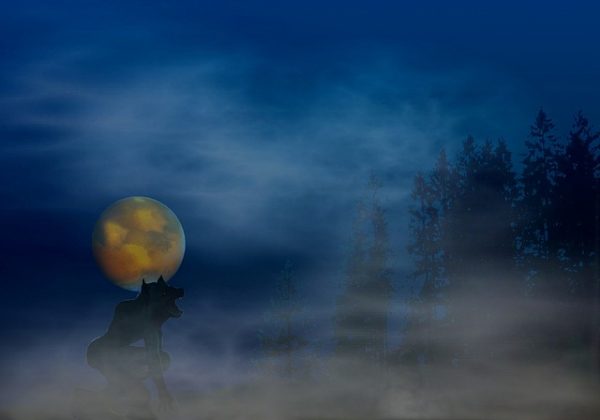 This theory is a little out there I must admit, but it does make a little sense. It stems from the notion that prior to Harry Potter and the Half-Blood Prince, Harry appears to show no love interest in Ginny whatsoever and their spark just appeared out of nowhere well after the two had established puberty. It was obvious that Ginny had feelings for Harry from the start but the fans question, where was this love interest in Harry?

The resolution to this? Ginny must have spiked Harry with a very powerful love potion. The Weasley mother admitted to using a love potion when she attended school and the Weasley twins sell these potions in their gag shop, so the presence and use of such a potion within the family is not unheard of.

So after years of pining for her beloved Harry, Ginny succumbed to her dark side and spiked his butterbeer with a love potion so that she could fulfil her desire to be with him. All she had to do was keep him dosed with a couple of drops and he was hers forever without even raising suspicion.

I must admit, before reading this theory I was in utter disbelief. To me, where on Earth could anyone possibly come up with such a bizarre and completely out-there theory?

Dumbledore remains mostly a mystery throughout the Harry Potter series. We know he suffered dearly in his past, we know that he is secretly gay but what else do we know about him really? So due to a lack of knowledge about Dumbledore, fans have come up with a theory that he is actually a time travelling Ron Weasley.

Fans have somehow come up with this theory due to a select few similarities that the two characters share:

Slightly more convincing but could still easily be coincidence.

However, the theory also draws attention to the chess game played in Harry Potter and the Philosophers Stone. Ron plays a Knight, so what would that make Dumbledore? A King. So that would make Ron a Knight and a King, or otherwise, Ronald and Dumbledore.

However this phenomenon could have occurred, Dumbledore as a time-travelling Ron would explain how Dumbledore always seems to know what is going on in Harry’s life, because he has lived these events before.

The only piece of information that is standing in the way is that Dumbledore is supposedly gay. Ron married Hermoine. How does that add up with this theory? To me it doesn’t. None of this theory works in my opinion. Dumbledore is a time-traveller, we all know that as we discovered in Harry Potter and the Prisoner of Azkaban. This explains how he knows everything, he would not have had to have been Ron to obtain this knowledge. As for the other four points that apparently link the two characters together? I’m sorry but I honestly see all of these as being pure coincidence. 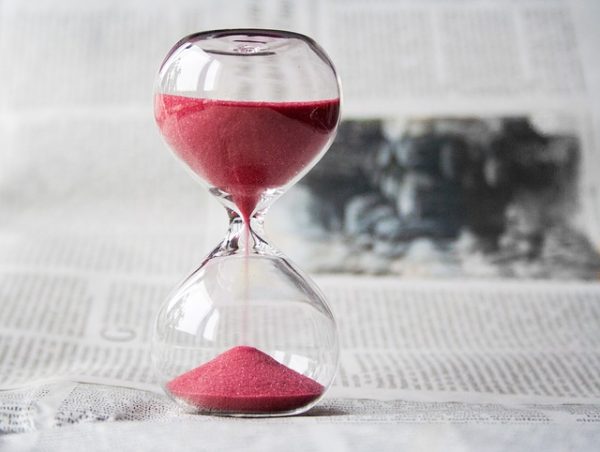 1. Harry Potter drove the Dursleys to hate him

From the start of the series, the Dursley family have failed to hide the fact that they absolutely hate Harry Potter. However, we must remember that the Dursley’s mustn’t be all that cold hearted for them to actually take Harry in when he was a baby. They didn’t hate him back then, so something must have happened for their hate to grow towards him.

This theory is one that makes perfect sense to me. As we find out a few books later, Harry is actually a Horcrux, a vessel that houses pieces of Voldemort’s twisted soul. Horcruxes radiate evil, just being close to a Horcrux is enough to drive you mad. We know this because Ginny is mentally tormented by Tom Riddle’s diary in the Chamber of Secrets and towards the end of the series, the trio are travelling the globe together to get rid of all of Voldemort’s Horcuxes and they start to turn on each other. Horcruxes are evil, packages of pure negative energy.

So how does this relate to the theory? The Dursley’s lived with Harry for entire decade before he was shipped off to Hogwarts. The Horcrux that is Harry had been eating away at them, long enough to force them to absolutely despise him. It also would not have taken long. The hatred towards Harry would have already been established by the time he was old enough to comprehend it. Makes sense to me.

So what do fellow Harry Potter fans think of these few theories? A lot of them are very convincing aren’t they? Other’s are just silly.