Tattoos are an art form combined with self-expression that brings bodies to life, and there are some seriously awesome ones out there for just about every popular character.

Sometimes, books have a way of sticking with us. They touch us in a way that changes us, and we reflect this through art.

In honor of the release of Harry Potter and the Cursed Child, the last story surrounding this beloved character, here are some of the coolest Potter-themed tattoos out there:

Because Harry is the main character of the story, it’s only natural to see tattoos of his glasses and scar. 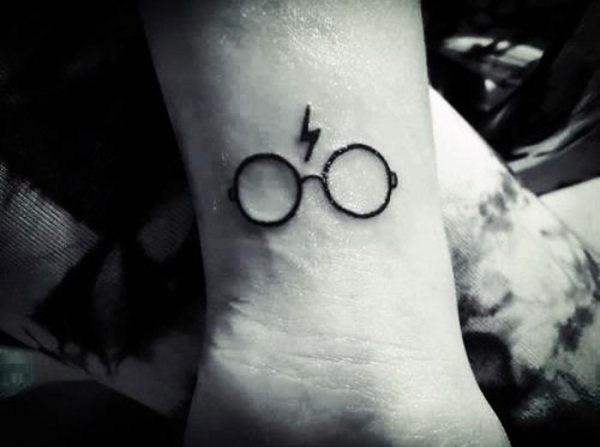 The train station, where all the kids head off to Hogwarts. 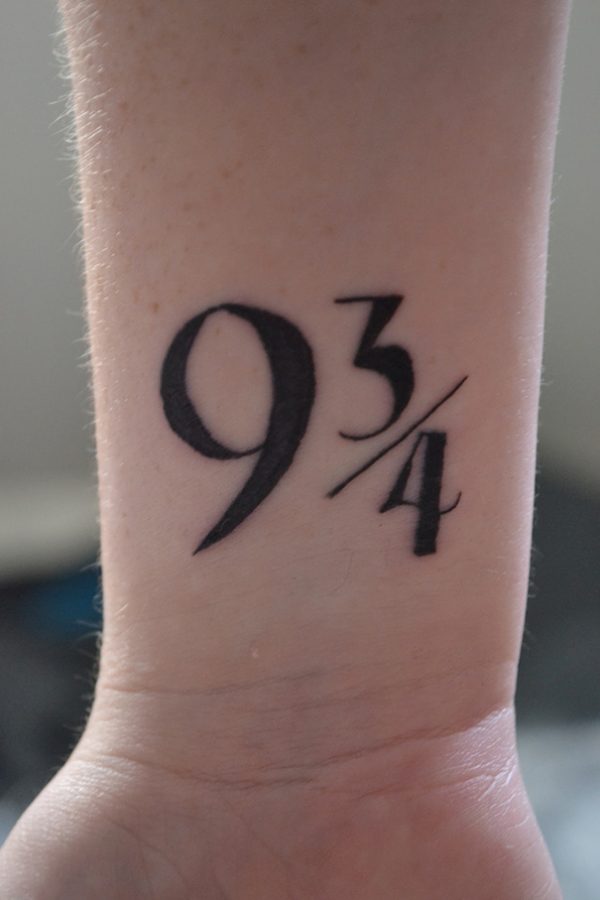 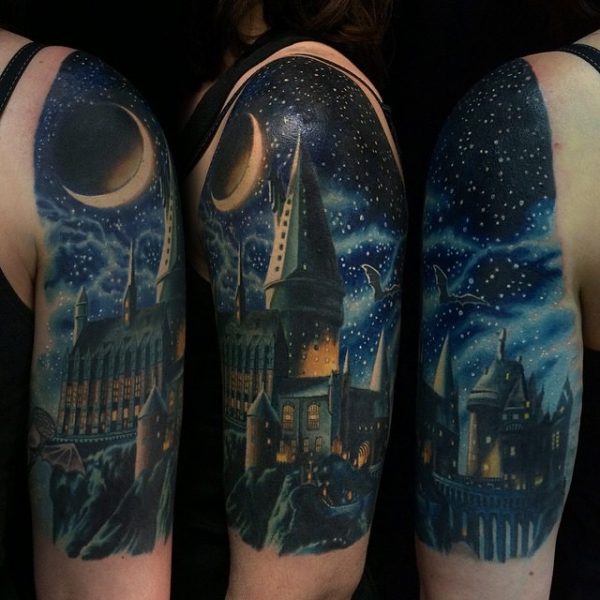 The Golden Snitch not only represents Harry’s love for Quidditch, it’s vitally important later in the story. 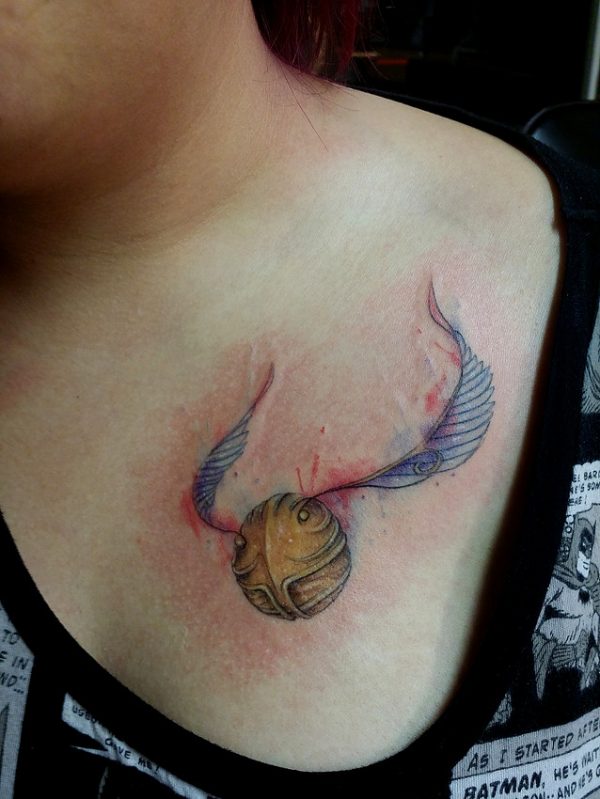 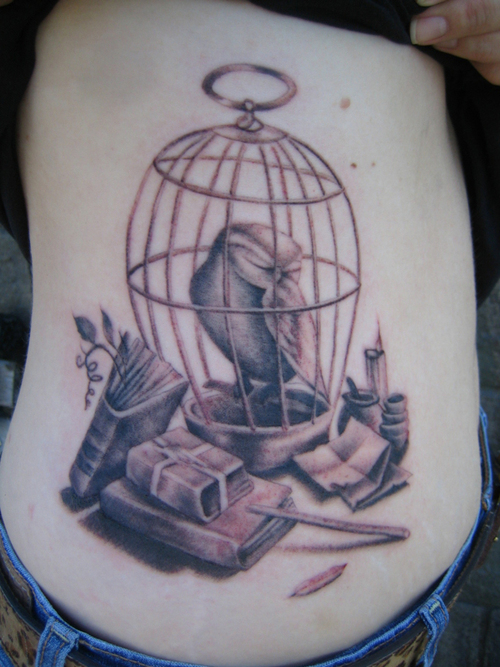 The Deathly Hallows isn’t just a name of a book, it’s an iconic representation of the story. 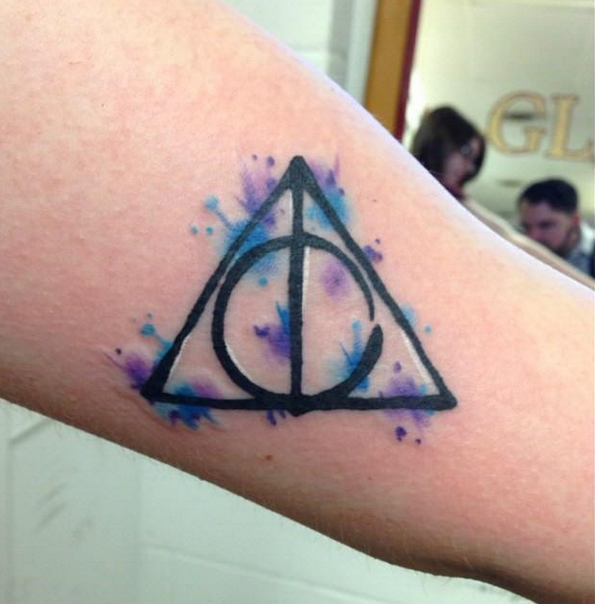 The widely popular symbol that each Death Eater displayed on their arm as a way of communicating with the Dark Lord are very common. 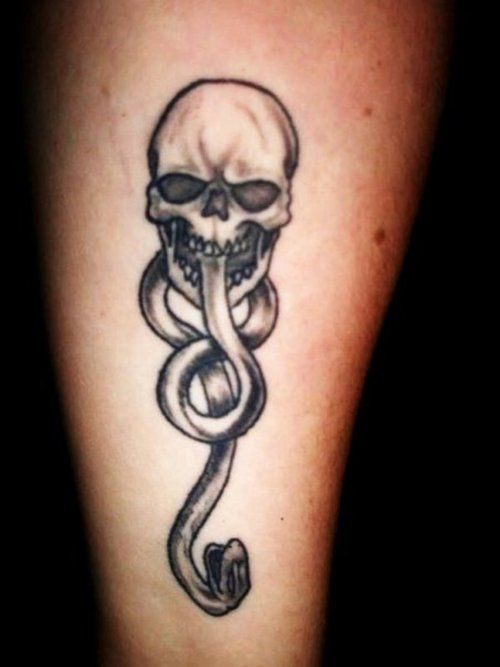 This is another simple, yet elegant tattoo. Even better, the font is the exact same as the lightning bolt font used on the movie and book titles. 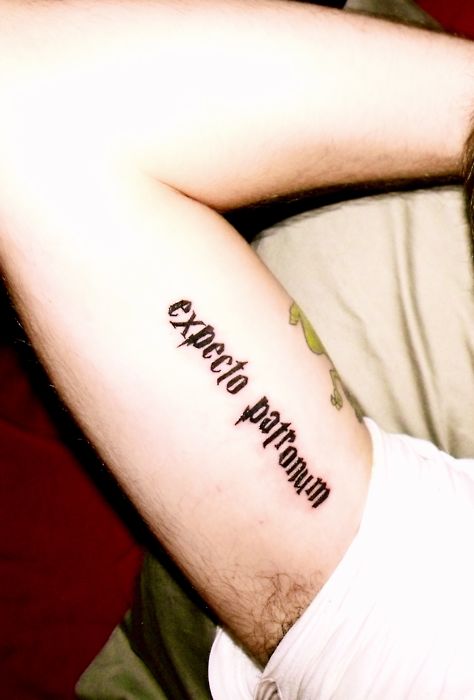 Lumos, to always lighten your path. 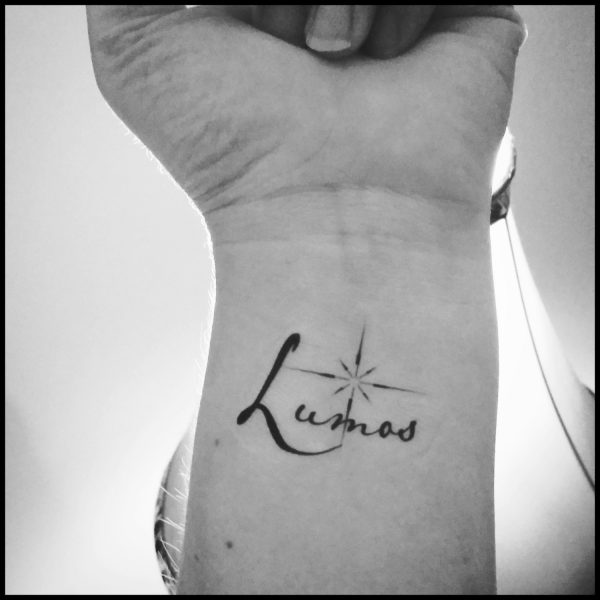 There are so many awesome quotes from Dumbledore throughout all the books that find their way into our hearts. This quote, “We must not sink beneath our anguish but battle on,” reminds us to never let our emotions get the best of us. 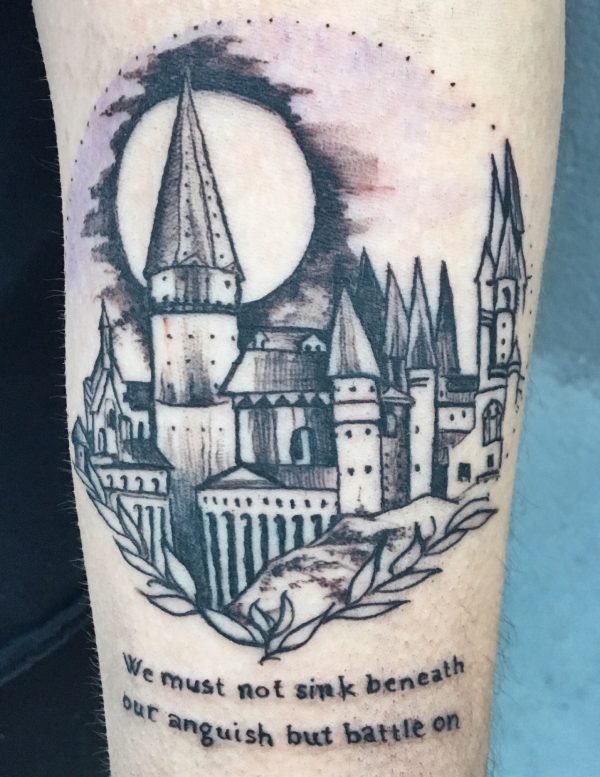 Another reminder to keep moving forward from the great wizard. 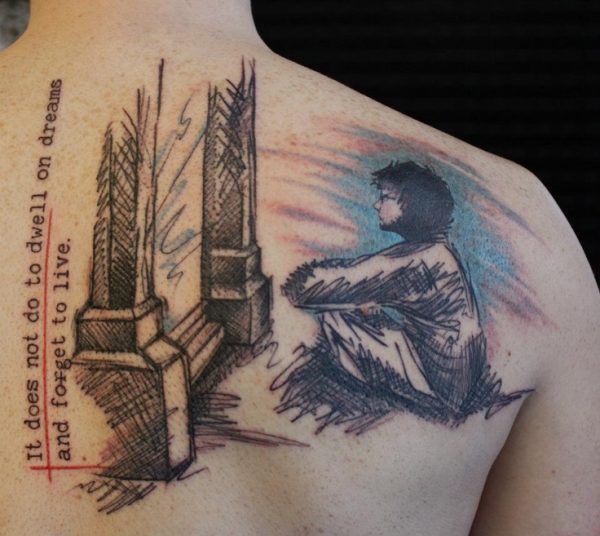 The love that Snape feels for Harry’s mother motivates his every move, even making him question following the wizard who killed his love. Even though Lily loved another, what he felt for her never fades. This love touched all Potter fans in some way. 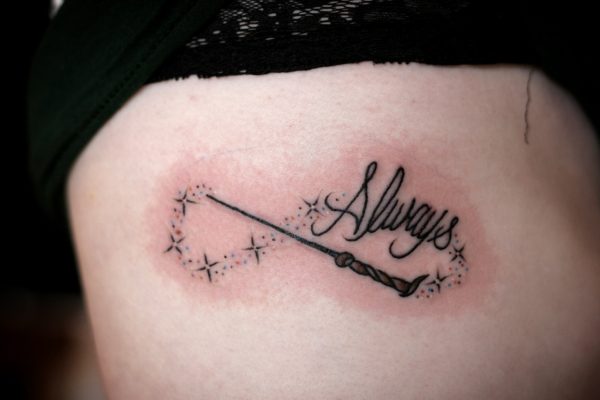 Of course, Harry’s face is one of the most common choices when it comes to portrait tattoos. 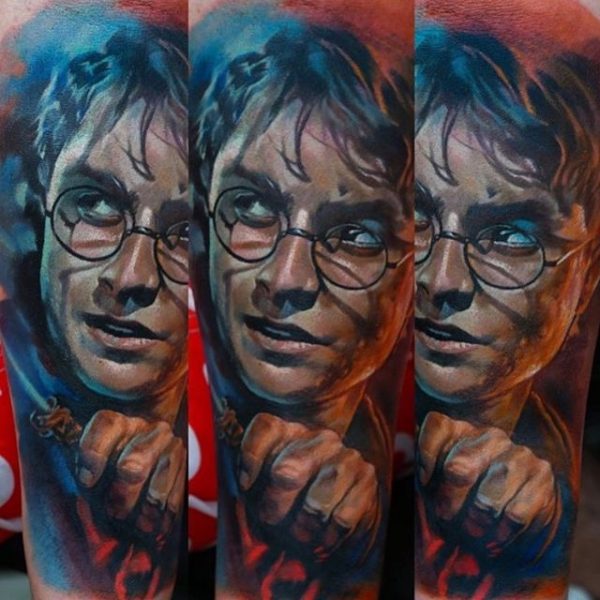 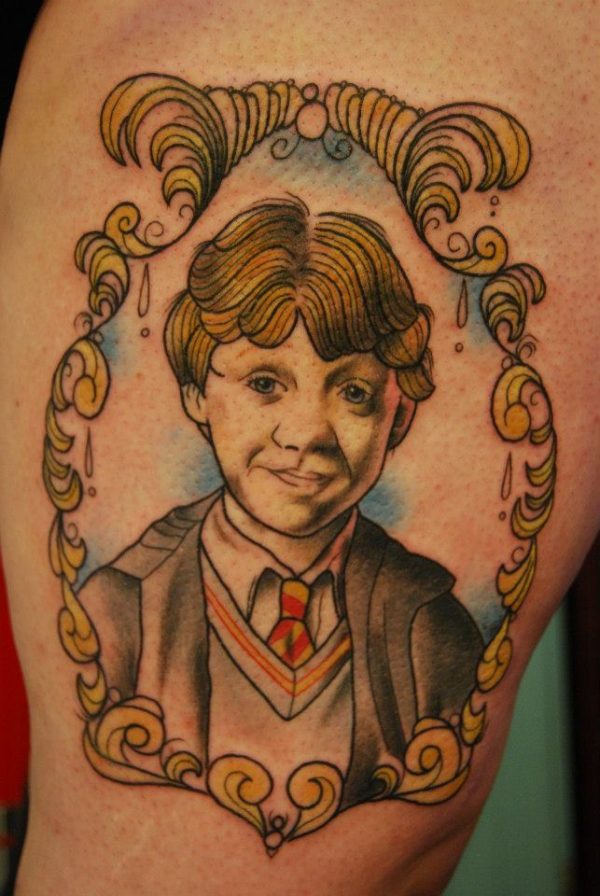 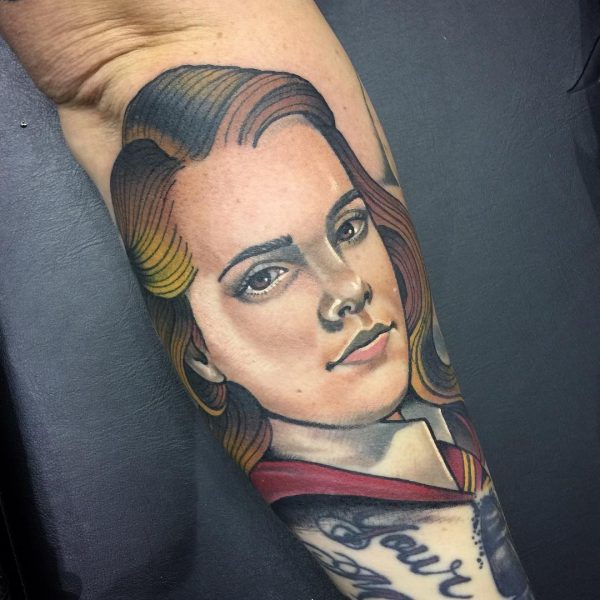 Come on, who didn’t cry when Dobby died? 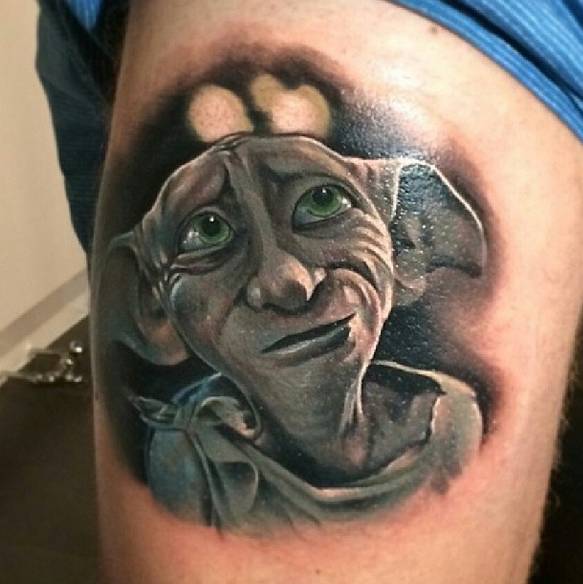 Harry v Voldemort, the fight that continues for years. 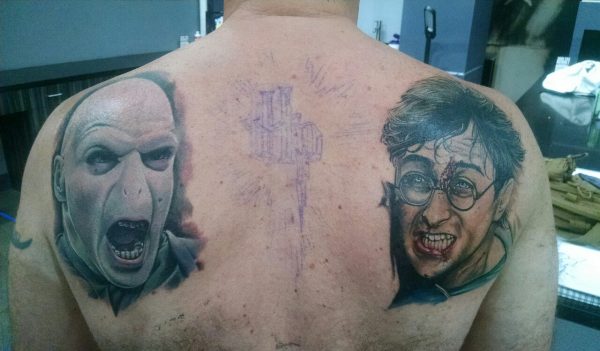 This tattoo combines some very iconic symbols from Harry Potter books seamlessly, wrapping them together to form one awesome tattoo. Owls, Deathly Hallows, the lightning bolt, what more could you need? 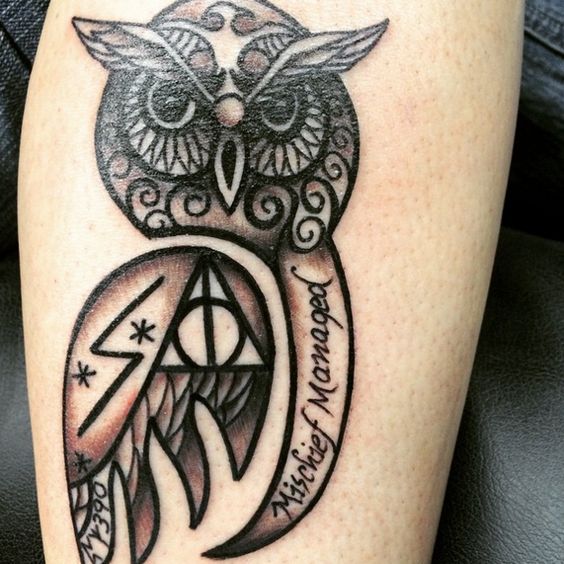 What are some of your favorites? Do you have a tattoo inspired by Harry Potter?