Book lovers throughout the centuries have encountered similar types of problems when allowing children to handle and learn from their precious works. A University of York research fellow, Deborah Thorpe, discovered doodles in the margins of a medieval manuscript and has concluded they are the work of bored children. Thorpe believes there was more than one child of different ages involved, as the drawings show different levels of skill; a cow-like creature being more representative of the artwork of an older child, while the stylized person it is tethered to is a much more crude drawing, more in tune with the skill level of a 4-year-old. Other drawings include alien or demonic-looking creatures with over-sized heads and long legs, some having horns.

As the manuscripts are all works including astronomy, astrology, dates, sermons, and the means to calculate days of the week across several centuries, Thorpe believes the children were simply bored with the text and began to add their own touch to the written page. They avoided the lettered area and kept their work to the open margins, drawing on several different pages. 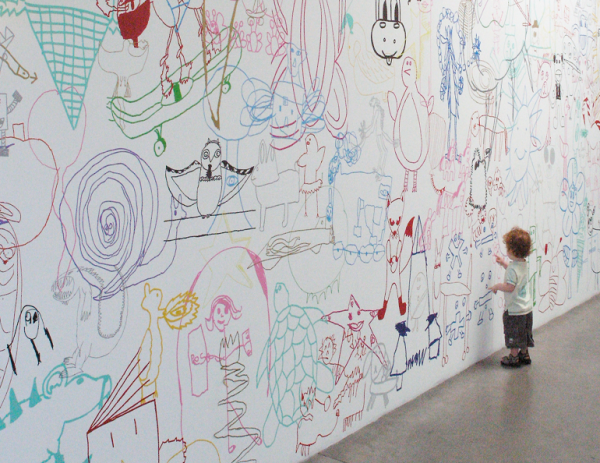 She found the drawings by accident when working on another project in the manuscript database. Further research revealed the manuscript most likely fell into the children’s hands years after it was in the possession of Umilis of Gubbio, a Dominican friar. He borrowed the book shortly after its creation and did not return it. The drawings themselves reveal that the manuscripts were kept in an unsecure location where children could access them. However, there is nothing in the manuscripts themselves that allow researchers to place the drawings in a historical date range with any accuracy. Thorpe believes they were added to the 14th century manuscript a few centuries after it was written. Her findings have been published in the journal Cogent Arts and Humanities.

This story is more than just an interesting view into the past – it also serves as a reminder to bibliophiles the world over to protect and preserve their precious works where small hands, and pens, cannot access them.

Featured image via Growing Your Baby