A fantastical, beautifully written book, The Museum of Extraordinary Things brings the reader back to 1910’s New York City, a changing city bursting at the seams with immigrants, outcasts, and the working class. The characters have alternating chapters, and I’ll admit, the italic font of those chapters did impede my enjoyment of the story at first (it’s just so distracting!), but the story draws you in quickly.

Coralie, slightly deformed with webbed hands, is kept in a tank by her father who runs a museum of oddities. More and more of Coralie’s father’s character is revealed throughout the book, and it is his actions that eventually draw Coralie and Eddie together. Coralie is not a multi-dimensional character, though she is not completely boring. She simply does not do a whole lot, however, her musings are enlightening and thoughtful. 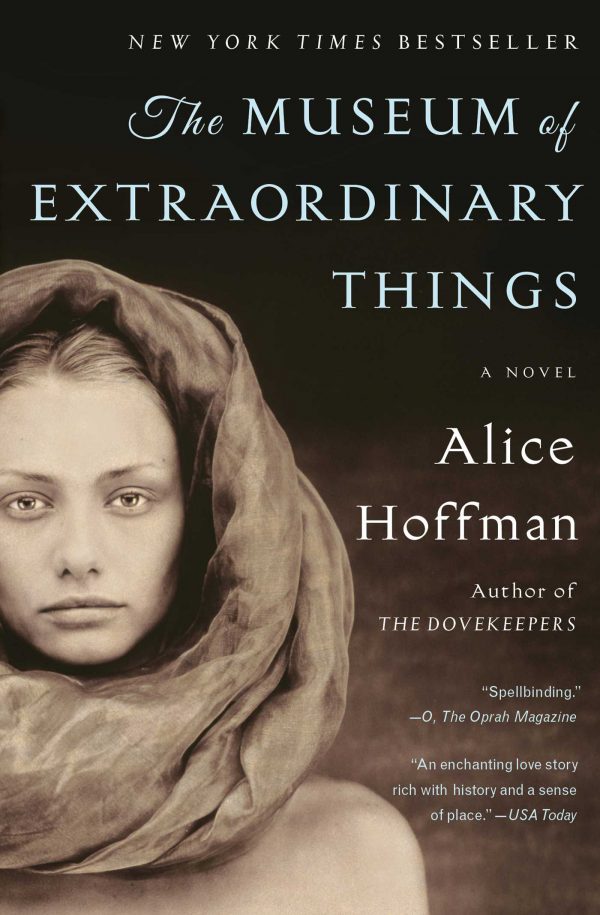 Eddie, born Ezekiel, is an introspective character who we see grow throughout the book. He, like Coralie, has a tenuous relationship with his father, though their relationship falls apart much earlier in the book than Coralie’s with her own father, and it is that break that sets the stage for the portion of Eddie’s life the reader follows. Eddie, from a young age, begins earning money doing work in the seedy underbelly of New York City and becomes drawn to photography. Photography is what brings him to the Triangle Shirtwaist Factory fire, which sets in motion the wheels for he and Coralie finally meeting.

While The Museum of Extraordinary Things brings in elements of historical fiction, it is tough to pin it to any one genre. Portions of the book felt like fantasy, others like historical romance, and still others like a mystery. It is the blending together of these elements, though, that makes the book such a success.

At times depressing, other times enchanting, The Museum of Extraordinary Things is a worthwhile read for anyone looking for a good tale. It’s also a good reminder that being strange doesn’t mean you have to be unhappy.