Princess Diana. A name, a visionary, a woman who provided so much everlasting hope, peace, and love to those who society had deemed unworthy or damaged goods. I have a fond love for the Princess because people like her do not grace our world very often. Sure, there are folks who are friendly, kind, and would even be considered selfless in the way they live their lives. Our world needs many more of them, though there will never be another like Princess Di.

Though she sadly passed away in 1997, when I was a mere 3 years old, my fascination of her style, grace, and most intriguing to me, her vulnerability began from the moment my mother began introducing me to her life and legacy.

I picked up The Day Diana Died at my local library and  excitedly devoured it within a matter of days. Earnestly scanning the biography section, I couldn’t deny myself the pleasure of picking up yet another book about the ocean-eyed Princess. As one can expect from the title, the topic of the book is not one that is especially joyful or brings the happiest of emotions, though it is a prominent part of our history and though I knew tears would flow as I read it, without a second thought I slid it into my pile of books to check out. 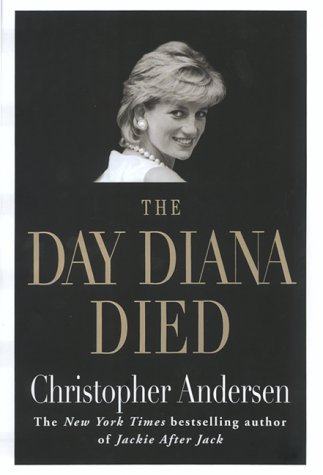 Oh, and did the tears flow! I believe that, even if you’re not very familiar with the details of Princess Diana’s life or maybe you do not have much interest in her as a public figure, this is a read that would still be enjoyable because it provides a raw, authentic look inside the lives of one of the world’s most cherished women.