We all know Dr. Seuss, formally known as Theodor Seuss Geisel, as being one of the greatest children authors of all time. Among these greats are J.K. Rowling, Roald Dahl and Beatrix Potter, to name a few. Despite a long list of renowned children’s writers, Dr. Seuss continues to, 25 years following his death in 1991, sell more stories than any other great.

According to research conducted by Publishers Weekly in 2001, the following are the top 10 all-time best-selling Dr. Seuss books:

An interesting book that encourages children to choose their own destinies. In 2001, it was recorded to have sold 2,923,826 copies, no doubt it has greatly surpassed 3 million sales by now.

A classic story that we are all familiar with surrounding the ill-witted Grinch with a heart two sizes two small.  The magic within the pages of this classic holiday story was brought to life in the film (2000), with Director Ron Howard and actor Jim Carrey, in the title role. The sales of the book alone has sold 3,446,646 copies as of 2001.

The fantastic sequel to one of the highest selling children’s books of all time, The Cat in the Hat Comes Back has sold 4,043,578 copies. (2001)

With classic tongue twisting phrases that put a fun twist on learning the alphabet such as “Aunt Annie’s alligator“, “Rosy’s red rhinoceros” and “Zizzer-Zazzer-Zuzz”, this beginners picture book has sold an incredible 5,187,656 individual copies. (2001)

This was the last book that was published before Dr. Seuss’ death in 1991.  Since his passing, Oh, The Place’s You’ll Go!  has managed to reach an incredible 5,353,426 individual sold copies in only 11 years, making it the most rapid selling book written by the imaginative author.

Definitely one of the most well known of the Dr. Seuss collection along with a successful film adaptation in 2003 directed by Bo Welch and starring Mike Myers, The Cat in the Hat has most definitely exceeded its 2001 record of 7,220,982 copies.

Coming in at number one, Green Eggs and Ham has sold well over 8,100,000 copies, with 8,143,088 copies sold as of 2001. It is no surprise that this is the top selling Dr. Seuss book of all time. It is a timeless classic with phrases that can be remembered and rehearsed by all ages such as: “I do not like green eggs and ham. I do not like them, Sam I am.”

Which Dr. Seuss book is your absolute favorite? 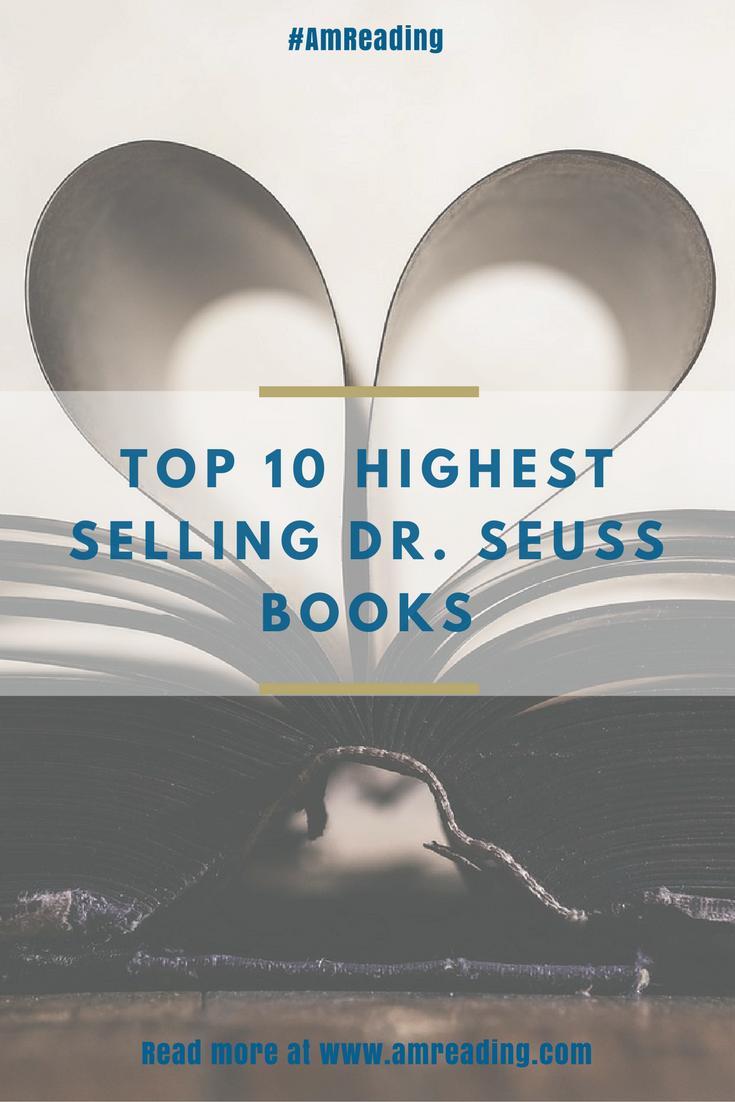