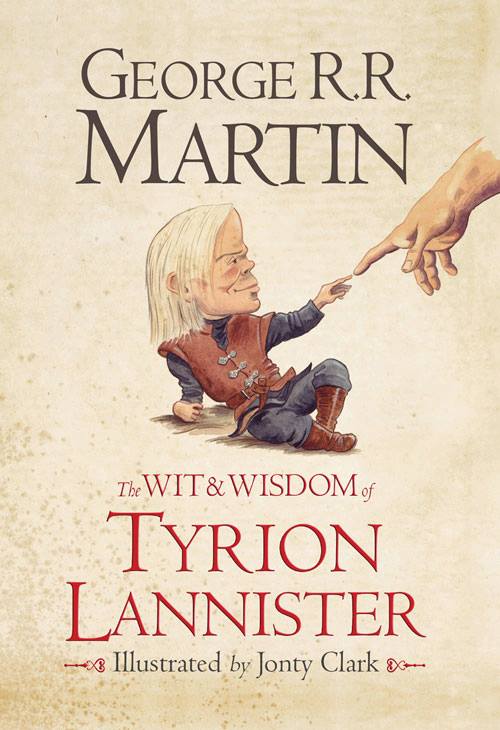 Game of Thrones is hot on everyone’s to-read list at the moment. The hype over the current HBO television series, the merchandise that accompanies this incredible fiction series and the endless list of theories that keen viewers are coming up with are on the list of most talked about topics across the globe.

One particular character that fans have grown to love and admire is the dwarf Tyrion Lannister. We all admire his knowledge and wish that one day he would rule the kingdom. He deserves it! He’s smart, cunning, knows the in’s and out’s of every place in the fantasy land of Game of Thrones and would be generally loved by all if it weren’t for his deformity.

The Wit and Wisdom of Tyrion Lannister by George R. R. Martin is a collection of quirky comments and remarks made by Tyrion within the books and television series. It is a small sized book, but makes a great coffee table treasure that inspires creative and interesting couch conversations. Each page contains only a single quote spoken by Tyrion based on particular topics including Being a Dwarf, Food and Drink, Music, The Human Condition, The Power of Words, Kingship, The Art of War, Religion and Realpolitik. Just opening up the book to a random page produces entertaining and insightful quotes such as:

“Sleep is good. And books are better”

“A sword through the bowels. A sure cure for constipation.”

“You’d be astonished at what a boy can make of a few lies, fifty pieces of silver, and a drunken septon.”

The book is also well illustrated, using monochromatic caricature-like images of Tyrion, and some of the other Game of Thrones characters, to elucidate some of the comical and witty quotes. This book is well worth having for an insurmountable amount of giggles it provides.

Featured image via Winter is Coming