We book enthusiasts love any and all things reading-related so, rightfully so, we had to bring you a list of some of the most classic, creative, and just plain cool bookish nail art designs!

A more classic design with a few leaning books, a love quote and a simple ‘I love books’ saying. 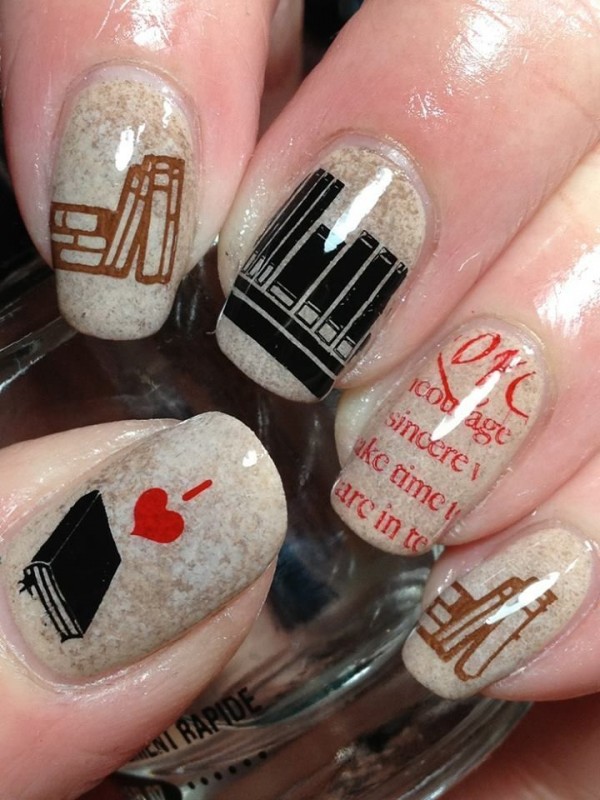 Who wouldn’t want to read more after seeing this colorful manicure? 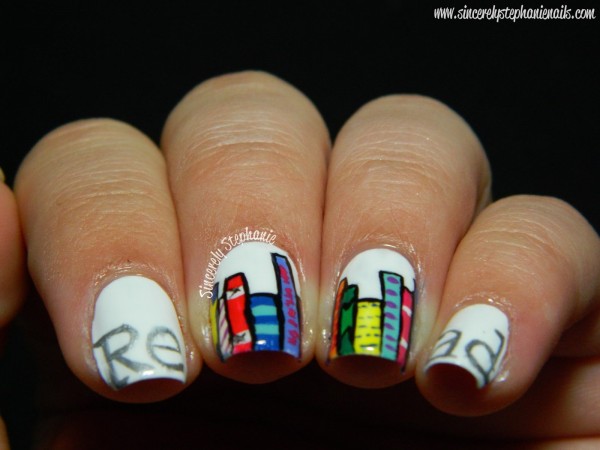 I had to include a comic book one because…first of all comic books are classic and rad, and second of all because of the amazing detail this person put into their nails! 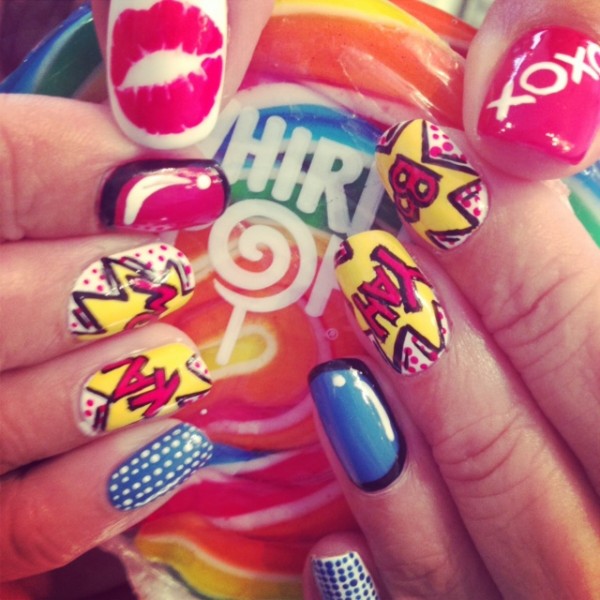 This one shows some of the Game of Thrones book covers! 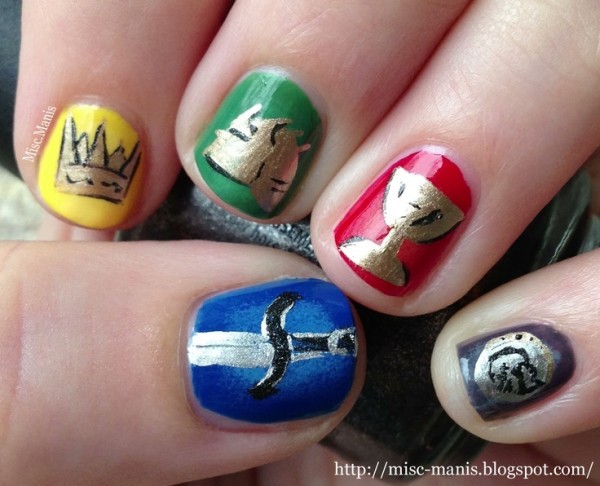 5. The Fault in Our Stars

The Fault in Our Stars was a big deal when it was initially released in January of 2012, and the 2014 movie adaptation only furthermore ingrained Augustus and Hazel into our hearts. Nail art such as this shows true devotion and appreciation of the touching story. 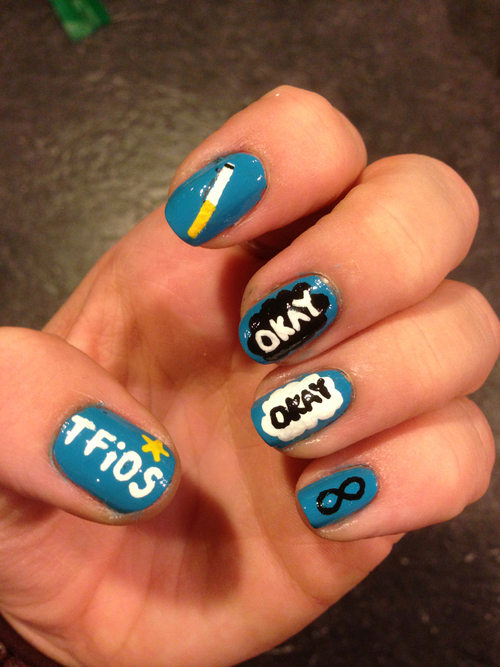 I like this one because it doesn’t require so much exquisite detail and just about anyone can do it. 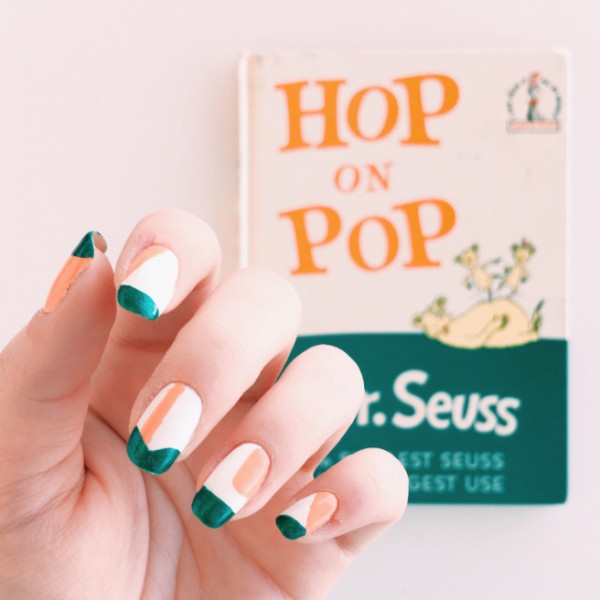 A rather simple design, black and white zebra like stripes, though it does match the popular eerie paranormal series‘ cover very well! 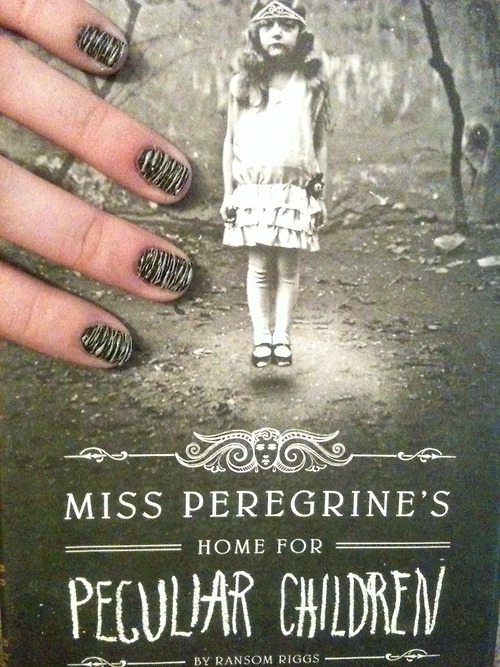 A special homage to Shel Silverstein’s, The Giving Tree. 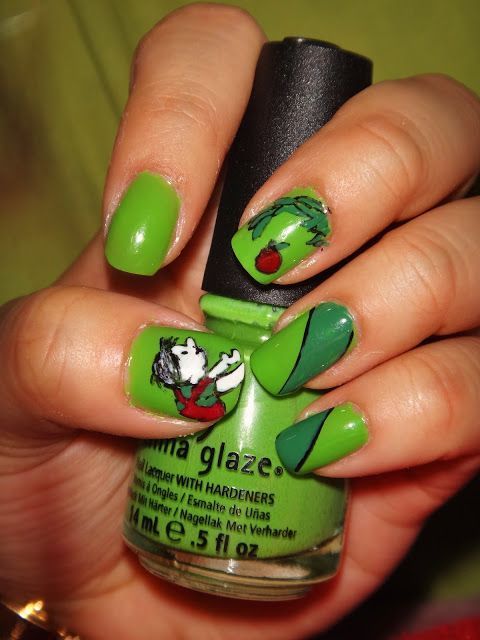 A purple manicure with glass like details that is reminiscent of Ellen Hopkin’s emotionally heavy free-verse novel, GLASS. 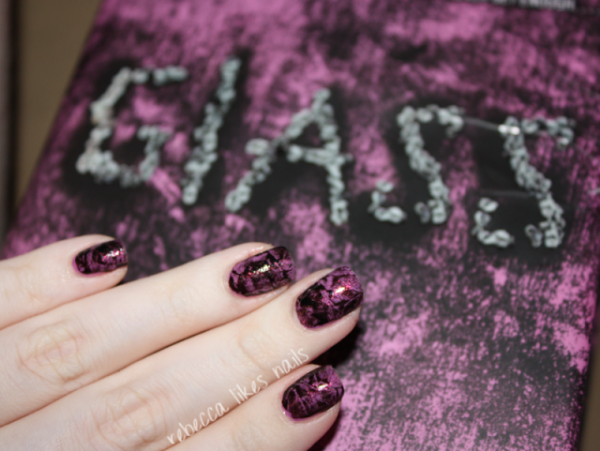 Such a sparkly and lovely manicure inspired by the classic children’s book, The Rainbow Fish. People will be able to see your nails flashing from a mile away! 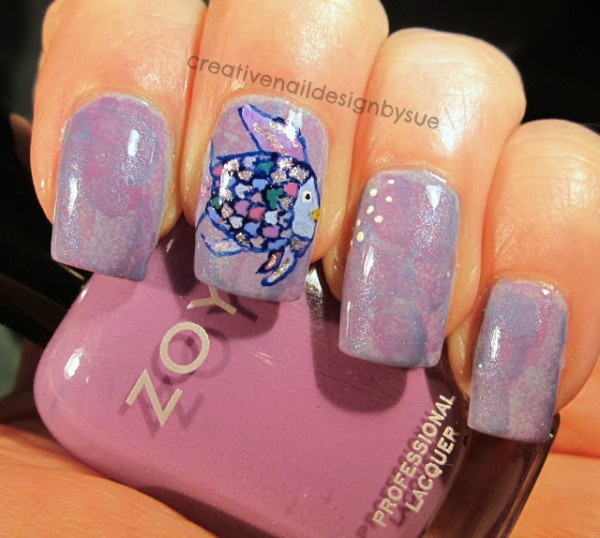 More comic book art because the details and work put into making nails look this flawless are worth the attention and applause. 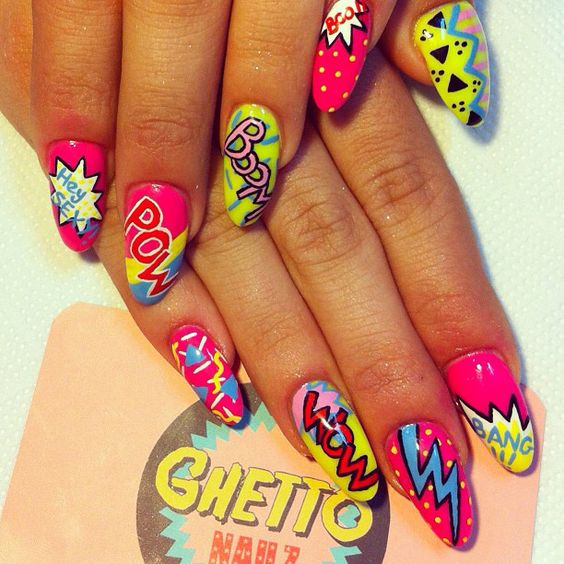 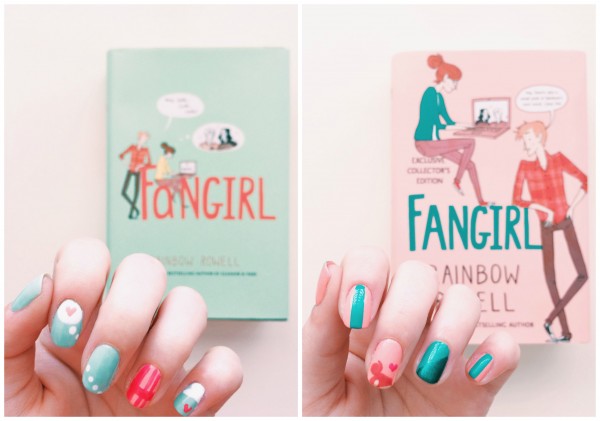 13. I Will Fight Monsters For You

Similar to the Fangirl manicure above, this nail design would be ideal if you want to still look like you put effort into your nails, though didn’t want anything too flashy or out there. 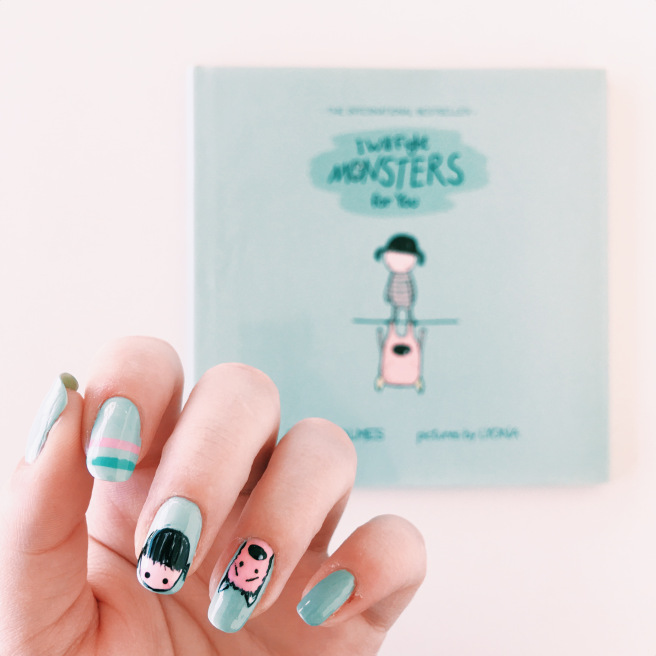 Galaxy nails! Do I need to say anything more? 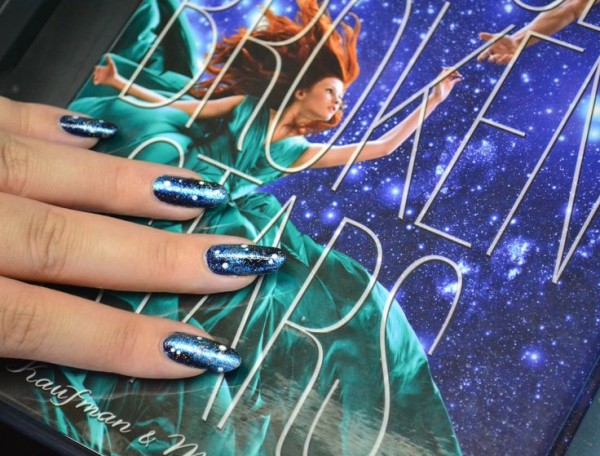 There are an abundance of YouTube tutorials on how to achieve this scattered letters look on your nails. Simple, and crafty! 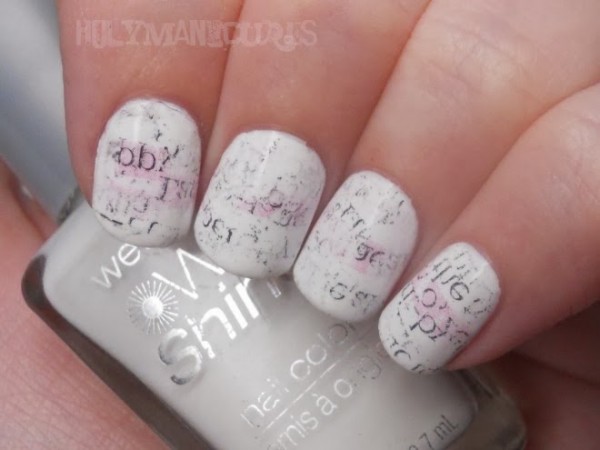 Another Rainbow Rowell tribute, this time for her most recent work, Landline that follows a woman who is struggling to figure out if her marriage is, in fact, what’s truly meant for her. 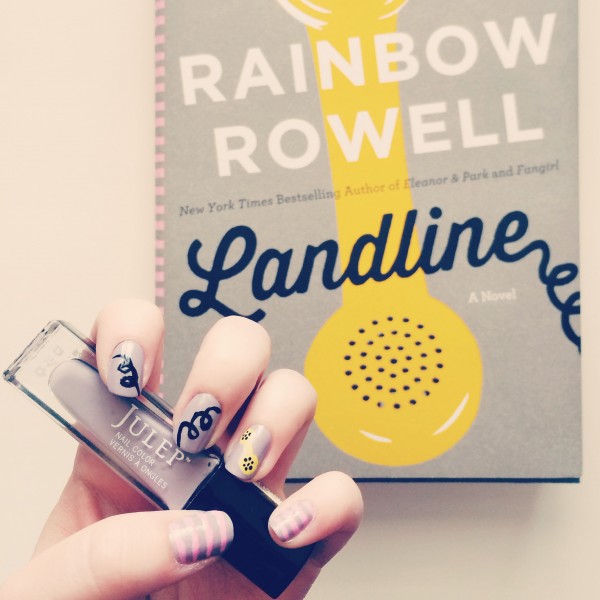 Perfect for anyone who is a fan of Kiera Cass’ drama/romance series. The final installment in The Selection series, The Crown was recently released in May of this year. 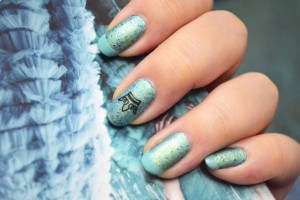 Now, if extensions aren’t your thing, you can pink out your nails to pay honor to the classic tale. 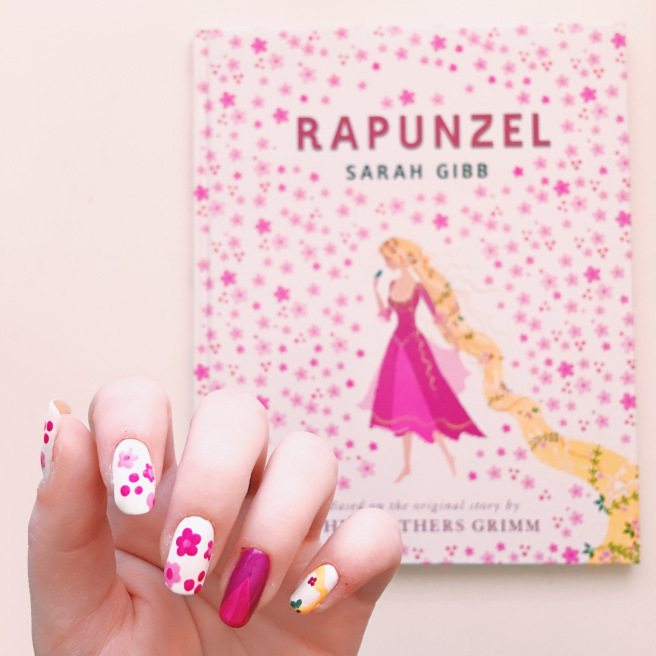 Mean Girls is now widely considered a cult classic in the movie world, though did you know it was, in fact, inspired by a non-fiction book entitled Queen Bees and Wannabes by Rosalind Wiseman that tackles the truth about brutal affects cliques and mean girls can have on young girls. 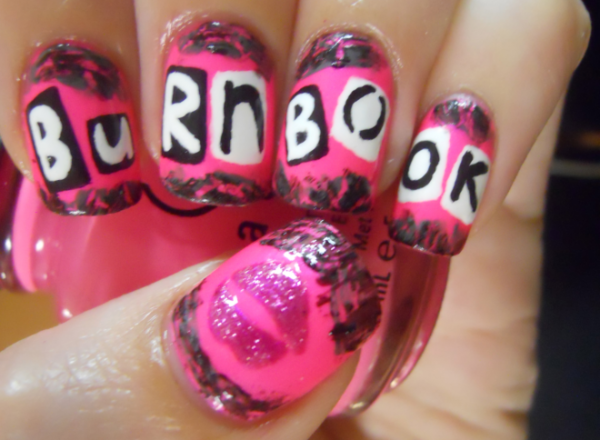 Now, this is true nail talent. The intricate descriptions of the scenes in the beloved novel are wonderfully duplicated on these nails! 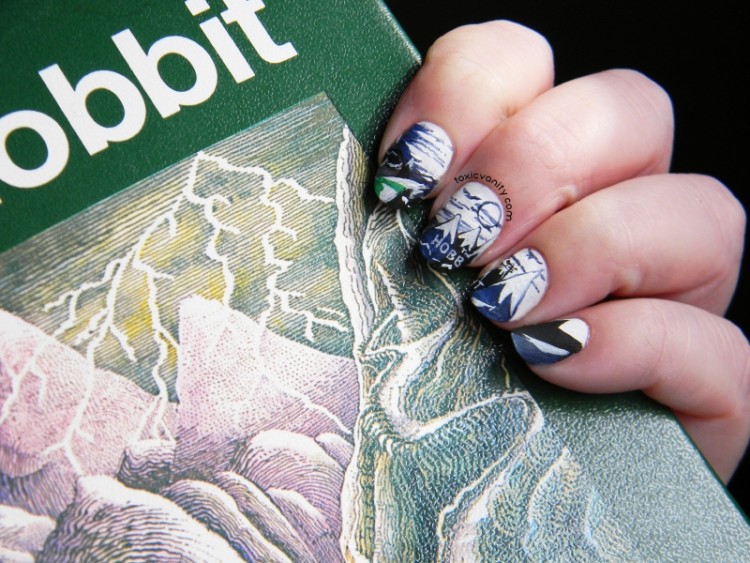 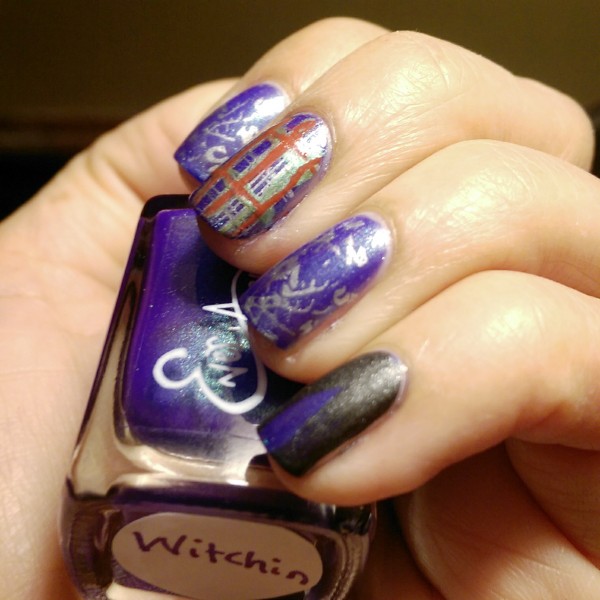 Which bookish manicure was your favorite? 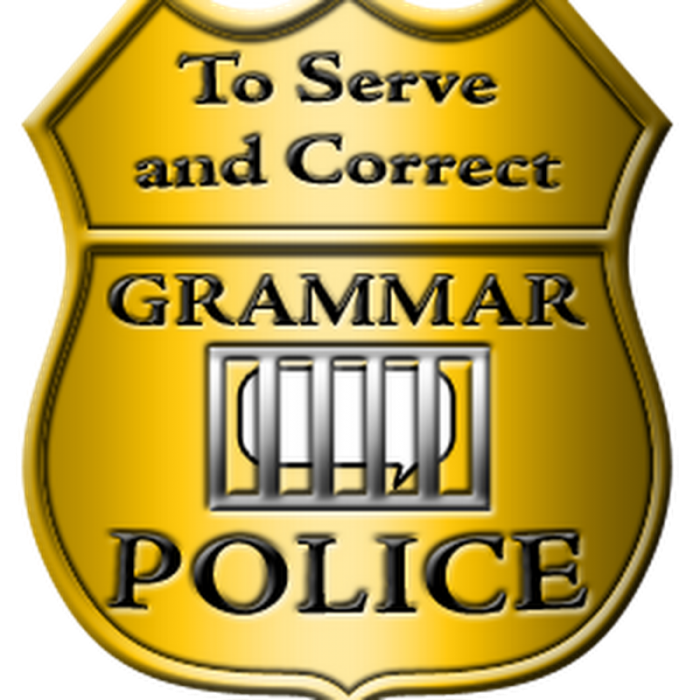